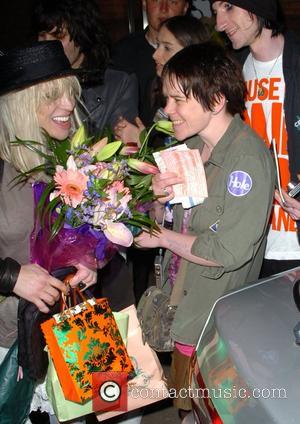 The 41-year-old was ordered into the Californian clinic in mid-September (05). Yesterday (18NOV05) a Los Angeles judge granted Love permission to leave rehab.

And the former Hole frontwoman and sometime actress has written a batch of new tracks for the follow-up to her debut solo album AMERICA'S SWEETHEART.

She says, "I've had nothing but time in here. There's not a lot of activities. You have to make your own fun and my fun is my guitar so I'm down to it and I have to really question what it is I do for a living.

"Primarily I do two things: I act and I sing, and if I don't do those things well then I don't know what my objective is."

Working titles include MY BEDROOM WALLS, SAD BUT TRUE, THE DEPTHS OF MY DESPAIR and HOW DIRTY GIRLS GET CLEAN.