After their success with debut album 'Atelo', Eyre Llew have returned - though in a slightly different way, evermore keeping fans on their toes. They've collaborated with Korean shoegaze band In The Endless Zanhyang We Are (with whom they hit it off at the Focus festival in Wales) for a joint EP entitled 'Carrier'; if there was ever a band that deserve to be called hard-working, it's these guys. The EP is a celebration of a journey for two great bands spanning through 8 countries and 44 shows. 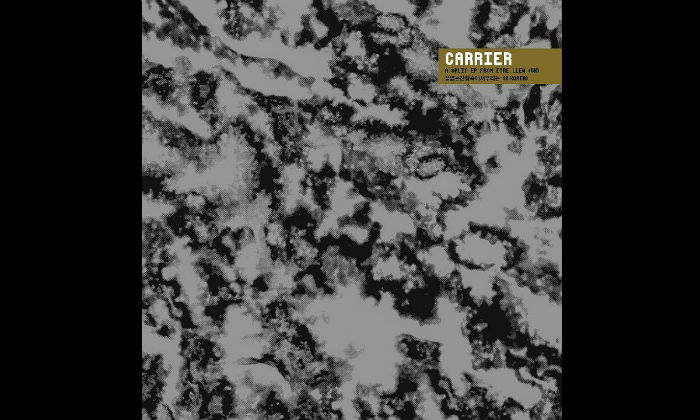 'Carrier' showcases two songs from each band and then one collaborative track. Unique opening track 'Silo' is like being transported back to Eyre Llew's debut album; Sam Heaton's high pitched vocal accompanies the whole music beautifully, taking you on dream-like journey away from the dull tasks of our day to day lives for those 7 minutes 42 seconds.

What is astounding is not only the noise they produce but the different sounds that they combine together. I mean, there is only three of them and at times you get a sense that there must be at least five or six people in this band. 'Bloc' shows the vocals dialled down a bit to what we are used to with Eyre Llew, but it all fits together to form a truly ambient atmosphere.

Collaborative track 'Moeve' is pure brilliance, showcasing the ITEZWA lead singer's vocals; the two bands working together makes for soulful mellow explosion that must be heard to be believed.

The fourth track on the EP sees the first song from ITEZWE, 'Hero', and with it comes a purity in the Korean vocals. It's shoegaze-pop done in the right way, and a lovely piece of music in all.

The finale of this EP sees ITEZWE showcase another blissfully mellow number 'And So It Goes' which is a perfect way to finish the record.

The final piece of beauty to this whole EP is the vinyl itself! Not your run of the mill pure black, the record itself is as mesmerising as the music on it.