Review of The Hits Collection Volume 1 Album by Jay Z

As Jay Z, Shawn Carter has been in the consciousness of popular music for what seems like an eternity. He is hip hop's most successful businessman, has hooked up with Beyonce one of pop music's leading ladies and has had more no.1 solo albums on America's Billboard than any artist ever including Elvis. What makes this collection more incredible is that after 11 albums, that this is the first album to cover all aspects of his career making this one career retrospective well overdue.

The Hits Collection contains selections spanning his entire career from Reasonable Doubt to The Blueprint 3 and including the groundbreaking, genre defining hip hop moments The Blueprint (this album contains the lead tracks from each album in the Blueprint trilogy), In My Lifetime (trilogy) and The Black Album. Despite touching on misogyny and well worn rap cliches (women, money, cars, rolex etc) in earlier tracks it's the music from his later career that has made the most impact. There are collaborations with Rihanna, Kanye West and most notably Alicia Keys in the much copied 'Empire State of Mind.' The fact that there are so many different versions of this (check out the hilarious Newport (Ymerodraeth State of Mind)) only pays testament to his impact on contemporary pop music. Other major highlights include Dirt Off Your Shoulder and Hard Knock Life (Ghetto Anthem). 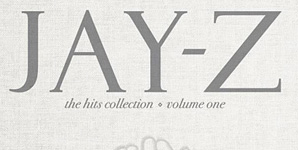 However it's with 99 Problems that Jay Z touches genius, teaming up with Rick Rubin for a genre busting provocative blast of rap/rock. Coupled with the fact that it also provides an education for young people on what the law can and can't do in the realms of what is essentially a highly accessible pop song makes this the undisputed highlight of The Black Album and of his career so far. It was only a shame it wasn't possible to include the Dangermouse remix of this complete with backing track from The Beatles' Helter Skelter where 2 different music worlds collide to make perfect sense - such is the versatility of this track.

Overall this is a fitting tribute to a man and his career and is a brilliant introduction for those not familiar with his music.