Review of What Now Album by Sylvan Esso

Diaphanous and spritely, yet with weighty industrial churn, Sylvan Esso's electro-folk is a seductive array of contradictions. It can be radio-friendly in sound, yet espouse distinct radio-unfriendliness in message. Whilst rich, reverberating beats free your limbs for wild gyration, the words can often weigh heavy on your grey matter. Stylistically, their second album, "What Now", picks up where their self-titled 2014 album left off, with three more years of life experience in which to refine their high-octane existential ambivalence. 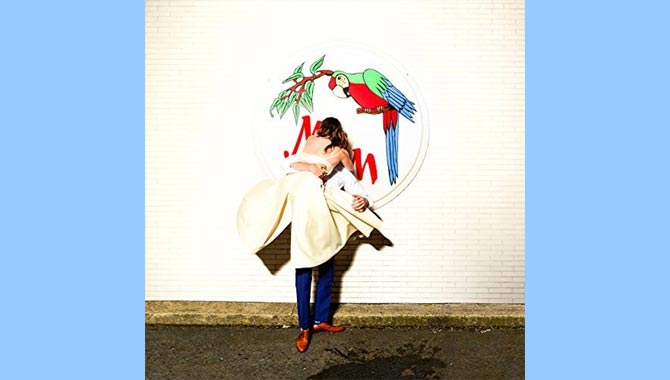 From Wreck-It Ralph rave-up, "Kick Jump Twist" - serrated, agitated and maniacal, with its Atari Pong pings and Nintendo Sonic whirrs, to the radiantly reminiscent "The Glow" - with soaring synths sounding like the dawn chorus playing Laser Quest, the irresistible, restless zest of the album grabs you firmly by the glittery disco balls. If you're planning on a quiet night in, "Radio" will disavow you of such crazy notions. Biting the hand that feeds them, Amelia Meath's crisp, bolshy vocals, over Nick Sanborn's insistent rhythms, attack the inner mechanisms of the corporate machine, repeating the cynical songwriting need to be a 'Slave to the radio - 3.30', whilst ensuring the middle-fingered irony of nailing the song in three-and-a-half minutes. We bust moves; they bust the balls of industry bosses - sounds like a fair deal.

Their simple, folksy, sylvan pasts (Mountain Man and Megafaun) peep through in the more bare, sparse tracks - especially via Meath's vocals. Barely-adorned album opener, "Sound" functions as a 'play it loud' mission statement for all ten songs when she sets out her intentions with 'Gonna sing it in such decibels,/ All you'll feel is sound,/ All you'll be is sound'. The exposed, doleful voice in "Slack Jaw", over the raw recording crackles and hisses, evokes an engaging vulnerability. Despite material wealth and good fortune, it shows how we can still struggle mentally - 'Some days I'm above water, but mostly I'm at sea.'

The multi-layered "Die Young" is a mid-tempo successor to 2014's "Coffee", subverting classic rock & roll nihilism and the traditions of the love song in the refrain, "I was gonna die young,/ Now I gotta wait for you, honey.' Not only has love scuppered the narrator's ambition to shuffle off early and make a good-looking corpse, but the cruel interference of love has also tethered or harnessed her, hence the all-consuming joys of falling for someone can be simultaneously unsettling.

"What Now" seems to question where Sylvan Esso are at in 2017, the obvious answer being that they are at their subtle, audacious, infectious best.