It seems that over the past decade or so, the go to muse for indie groups is Brian Wilson. Whether it is his harmonies; summery compositions or immaculate production techniques, Wilson and the Beach Boys again and again seem to be the focal point of so many groups. Beach House, Real Estate and Best Coast, to name but a few have all tried their hand at a relaxed, beach-friendly sound and now, with CoCo Beware, Caveman look to crash the party. 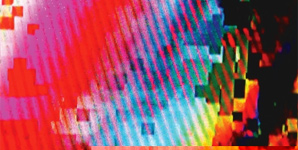 The tracks are infectiously likeable and on the track 'Decide' we see the band demonstrate their inoffensive brand of alt-rock to full effect. Front-man Mathew Iwanusa's sound comes somewhere between James Mercer and Martin Courtney, with the music sounding not too dissimilar from the respective bands of Mercer and Courtney. Whilst derivative is perhaps a little harsh, Caveman offer nothing like a unique take on beach pop and cautiously tread the path taken by so many others in recent years. Ethereal harmonising, jangly guitars and nostalgic lyrics come by the bucket load and whilst they're put together well, they're lacking that niche that would mark them out from the crowd.

This is by no means a bad album; it features some first-rate performances from the group throughout, yet it can so easily drift into the background. Even in headphones you can find yourself losing interest after a while. Tracks like 'Decide' and 'December 28th' do jump out at you though and give indication of a group with ambition and room for improvement; this is their debut after all. The surprise inclusion of an ethereal synth-line on 'December 28th' combined with the gentle chord progression and tribal drums make for one of the albums highlights. The sonic sound effects used after the first verse is one of the few occasions where the group head off track from the norm and they sound truly impressive in doing so. From the following track 'Easy Water' on wards the album become a darker affair and whilst they contain a similar Grizzly Bear-like percussion element to them, by the time you reach the end track 'My Room' the darker elements sound just as samey as the first half of the album.

Around this time last year Local Natives released Gorilla Manor to rave reviews and have since all but disappeared since then. Whilst CoCo Beware may not be as good as Gorilla Manor their fate as a band may be the same, as envisaging of the group fading into obscurity being very likely. I reiterate the fact that the album isn't bad at all and likeable - or rather just listenable - sum up the group relatively well. The lacking of any wow-factor is what makes this an ambiguous release from the group but who knows; it might very well be the start to an illustrious career for the Brooklynites.