Bruno Mars - Just The Way You Are Single Review

Review of Just The Way You Are Single by Bruno Mars

After lending his vocals on Travie McCoy's hugely successful Billionaire, Bruno Mars releases his first official single Just the Way You Are this month. Already a number one hit in the US and a top ten hit in Australia, Canada and New Zealand, it seems like Bruno is set to take the UK by storm. Whilst it's kind of obvious why this song has been a hit worldwide, it sadly comes across a bit too generic for a first outing. 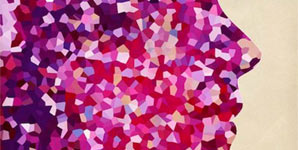 Starting off a solo career with a slow-paced track has worked wonders for many but sadly this track seems like it should've been a second or third single rather than the first which is usually supposed to showcase the future LP; his being set for release in October. The song never builds to any climax and it simply falls a bit flat, coming across quite corny and cheesy. Sounding like a Jason Derulo or Usher track, there is nothing about the single that makes Bruno Mars stand out from all the other RnB artists dominating the charts at the moment.

Don't get us wrong, it is a beautiful song and the touching lyrics perfectly complement this, but beyond this, there is nothing that proves Bruno as a worthy solo artist. Whilst the melody works well and is sure to touch the hearts of lovesick teenagers, there is nothing really too special or original about the track; actually sounding like it would be used during the dramatic parts of the X-Factor auditions. One can't criticise Bruno Mars too much; he has co-wrote, produced, and appeared on some of the biggest hits this past year. Sadly for him, however, the same credit can't be given to this single. Let's just hope his album has more to offer.