Review of 100% Publishing Album by Wiley

Wiley has nothing to say, but he fails to say things so charmingly and confidently that it's hard to care. The topics he addresses on 100% Publishing are relentless banal. Wiley wants to make money. Wiley wants to sell records overseas. Wiley has noticed that the internet is quite useful. Wiley's choice of newspaper is unaffected by any scruples regarding the behaviour of senior News Corporation employees ('Reading The Sun newspaper/25p, I'm a saver'). Wiley works hard. Wiley isn't too bothered either way about what you say on Twitter. Wiley just woke up ('Have I got sleep in my eye? Maybe'). Wiley lost some headphones, but then he found them again. When you put out as much music as the English rapper does, it must be difficult to think up interesting tales with which to regale the listener. His solution to this is not to bother thinking about the subject-matter of his lyrics at all. The results are weirdly, disconcertingly, compellingly boring: it's almost banality-as-artistic-statement. It's easy to think of other lyricists who don't say much of interest, but far harder to think of anybody who consistently and unflinchingly chats about such boring subjects. Who precisely, cares whether Wiley lost his headphones, but then found them again? I'm sure we're all very glad that they turned up, but y'know. Gil Scott-Heron died recently. 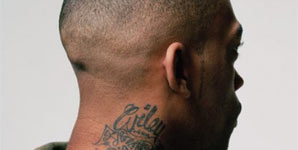 Despite this (and perhaps, in some inexplicable way, because of it), 100% Publishing is an enjoyable album. Wiley's flow is compelling and charismatic; forget the meaning of the words, the sound of the words is his strength, the relentlessly rhythmic jumble of on-beat syllables. He's glued to the beats, and the beats hit hard. The thumping but minimalist 'Numbers In Action', a bare bass thud which pulses perfectly, sets the bar high early on. That bar is immediately cleared by the incongruously merry circus synths and fierce low-end of 'Boom Boom Da Na' and subsequently vaulted by a succession of cracking, grimey gems, including 'Yonge Street (1,178 Miles Long)', a shout-out to his roots, and the goofy 'Pink Lady'.

Stylistically, there are no left-turns here. Wiley is still making eskibeat, and while there are memorable choruses here and the production is sharp, there are no obvious grabs for pop stardom, no cynical attempts to recreate the success of 'Wearing My Rolex'. 100% Publishing won't win him many new listeners, but long-term fans won't be disappointed, and anybody with a predilection for confidently executed UK rap will enjoy the album. Just don't listen too hard to the lyrics.