Review of The Velvet Face EP by Halfnoise

If breaking up is hard to do, reuniting is even harderer, unless you're from that generation of ninteeez bands who've recently tuned in to the fact that their entire pension plan is a battered collection of gold discs and a pair of aviators. 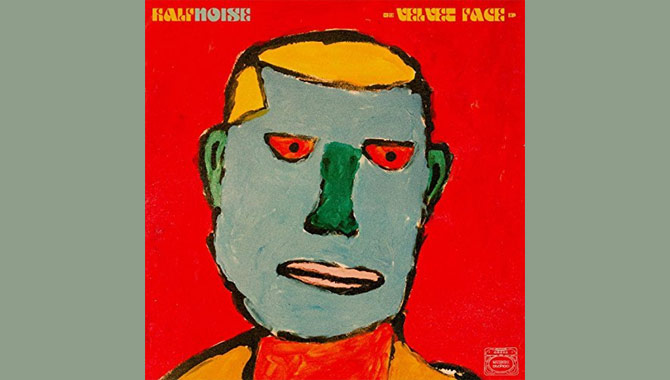 Hatchet burying as a result has become quite the thing, one of latest to be reconciled being Zac Farro, the Paramore drummer who left the emo powerhouses in 2010 along with his brother Josh, the older sibling at the time claiming that the band were "Manufactured" by their label and essentially a career vehicle for photogenic singer Hayley Williams. Everybody it seems digs each other again now but those interim years - especially for Farro Jr. - have seen him wander a path less expected in the guise of HALFNOISE, a sometime collective, sometime solo project which in various guises has produced some finely abstracted and intelligent pop music.

Returned to the bosom of a more comfortably unit shifting proposition he may be, but credit to the singer/producer/instrumentalist for continuing to boldly confuse any fans of his new/old band. On The Velvet Face's quintet of tracks the restless sense of experimentation suits him more than ever: opener Scooby's In The Back is a insistent, psychedelic tinged guitar banger that recalls indie staples Minus The Bear, where Someday ripples with beach and tan joi-de-vivre and in a similar vein the title track's west coast jangle is impossibly pretty.

Whilst these are arguably well crafted variations on a theme, the revelatory, skin shedding moment comes with French Class, as lusher piece of chillwave disco as anything from the Toro Y Moi memory stick, a keening falsetto sashaying effortlessly around what can only be described as a funky triumph. Not many would've predicted that in the earnest, post childhood band walkout days seven years ago. However the story plays out on the one hand, on the other we can say that what comes from healing and starting over again have never sounded so good.