MGMT (formed circa 2002) MGMT are an American alternative pop band based in Brooklyn, New York.

Formation: MGMT were originally named Management. The two members, Ben Goldwasser and Andrew VanWynggarden met in their first year at Wesleyan University. They both shared an interest in similar music and they experimented with noise and electronica before settling into their psychedelic pop sound. Ben and Andrew both graduated from university in 2005 and toured with Of Montreal, promoting their debut EP, 'Time To Pretend'. They toured as a five-piece, with Matthew Asti, James Richardson and Hank Sullivant making up the touring band.

Breakthrough: In 2006, MGMT signed to Columbia Records and worked with Dave Fridmann on their debut album proper, Oracular Spectacular. Fridmann had previously worked with The Flaming Lips. The line-up of their touring band changed to James Richardson (guitar), Matthew Asti (bass) and Will Berman (drums)

In January 2008, MGMT played 'Time To Pretend' on The Late Show With David Letterman. As a result, the track shot to number 19 in the American Alternative chart. The track was also featured on Skins in the UK and Gossip Girl in the US.

'Kids' was chosen to feature in a snowboarding movie entitled That's It, That's All, as well as the sixth episode of Survivors on the BBC in 2008.

Also in 2008, MGMT opened for Radiohead in Manchester as part of Radiohead's world tour. In November of that year, MGMT undertook their first headline tour of the UK. They were also selected to play at the highly influential SXSW Music Festival in Austin, Texas. In the summer of 2008, MGMT played a number of festivals, including Glastonbury, Reading and Leeds, Coachella and T In The Park. When they played at the Oxegen festival in Ireland, their performance had to be halted for 20 minutes because their fans began to climb the rigging structure inside the tent. This, however, did not stop the organizers from asking the band to play again in 2009

MIA also selected MGMT to support her when she played Vasser College as part of her 2008 tour and they also opened for Beck on several dates of his tour.

By Laura Johnstone in Music Reviews on 19 December 2011 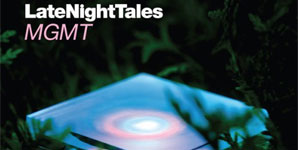 The Late Night Tales concept is simple - Artists are asked to put together a collection of tracks that represent their own late night selection. Snow Patrol, Jamiroquai, and The Flaming Lips are just a few of the artists who were chosen and now MGMT follow in their footsteps to make the 25th compilation.

Like spilling the minds of the MGMT duo into a compilation, it's a rare insight into what their own work may have stemmed from.

It's not a particularly upbeat selection but that's what Late Night Tales is all about. That time of the day when you have free time to think and get lost in your own thoughts with.

Perhaps the most enjoyable feature here is the seamless blur between genres. MGMT themselves are a mixture of sounds and concepts, so it comes as no surprise to hear such a mix. What could be classed as alternative rock, shoegaze, and a bit of folk run throughout an eighteen track MGMT experience.

With highlights such as 'Pink Frost' by The Chills, and 'Lord Can You Hear Me' from Spacemen 3, this compilation combines tracks you will not hear all in one place anywhere else.

There is of course the trademark cover track, and spoken word to complete the Late Night Tales template. MGMT chose a Bauhaus cover of 'All We Ever Wanted Was Everything'. This edition is yet another take on musical tastes and influences. In some senses beautiful, and others sombre, it certainly fulfils the initial task.

Having released one of 2008's most critically acclaimed and commercially successful albums in 'Oracular Spectacular', it seemed like MGMT could do no wrong, no matter how hard they tried. While there was no doubting their pop sensibility and ear for an incessant hook, delve into the deepest recesses of 'Oracular Spectacular' and it soon became clear MGMT weren't just your average radio friendly combo. 'The Handshake' or 'Of Moons, Birds And Monsters' gave some indication as to where their thought processes were really at while early b-side 'Destrokk' displayed a more esoteric tendency than many had given them credit for, even in their most embryonic stages. 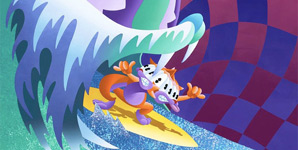 By Dom Gourlay in Music Reviews on 10 November 2008 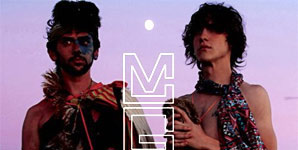 By Hayley Avron in Music Reviews on 04 February 2008 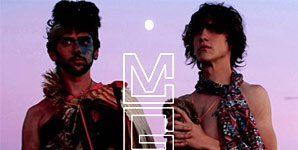