To say that 'Anything In Return' is the follow-up to Toro Y Moi's 2011's  'Underneath the Pine' would be a little short handed as Toro Y Moi - South Carolina native Chaz Bundick's most famous musical venture - has been very busy indeed between these few short months. Since 2011's sophomore effort, Bundick has had his fingers in many a pie and, with his latest effort, all the flavours of these many ventures have come together for an album that is as different as 'Underneath the Pine' is to the 2009 debut 'Blessa'. 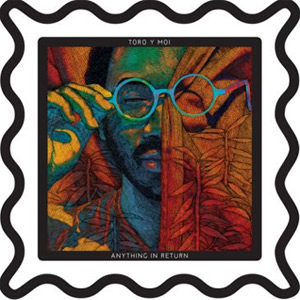 What great artist doesn't progress their sound, though? Not many, but at such a speed as Brundick is going, then it is quite unheard of, but don't worry as the basic ingredients of the album are still the same as his prior releases. One of the most impressive ventures Chaz journeyed on between 2011 and now was his trip into the world of dance with the side project Les Sins and throughout 'Anything In Return' the dance elements are as apparent as they have ever been. His two singles as Les Sins, 'Fetch' and 'Taken', were exemplary house records that wouldn't sound amiss coming from the Numbers label and, from the get go with the looped piano, drumbeat and backing singer that sounds like she was shipped from an early 90's rave on 'Harm In Change', we can hear that party mood coming in. The sole intention is to make you move and the opening two tracks are imbued with a sense of euphoria that hark back to previous singles 'Still Sound' and 'New Beat' that are a testament to his obvious love of pop music. The synths, the snares, the lyrics (predominantly about love, as is the case with most of Chaz' output), all just scream 'this is a pop record' even on the more melancholic tracks. The morose 'Cola' sounds as though it could be a joint effort with dubstep prince James Blake at first before Chaz makes it his own, and whilst lead track 'So Many Details' feels like it's missing something, it does retain a lush, soulful blueprint that ensures the song is still a quality R&B/pop track (to find that something missing, check out the version of the song featuring Hodgy Beats).

If there's one place where 'AiR' does tend to deviate from being a truly great record is in its length and, at 52 minutes altogether, this is the longest release to date from Chaz. As a result, many of the better songs towards the end get lost in a sea of mediocrity. Final track 'How's It Wrong' is one of the highlights of the album but the sheen from this synth-pop tour de force is dulled by the over-produced 'Cake' and 'Day One,' both songs that sound as though they belong on the cutting room floor from his 'Blessa' days. These deviations make getting to the end that little bit more difficult and although these songs are what the skip buttons were made for, that does seem like cheating.

South Carolina singer songwriter and producer Toro y Moi's song, 'How I Know', is taken from his second album, 'Underneath the Pine', which was released on February 22nd, 2011, through Washington D.C. based record label, 'Carpark Records'. 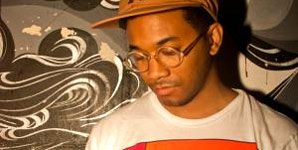