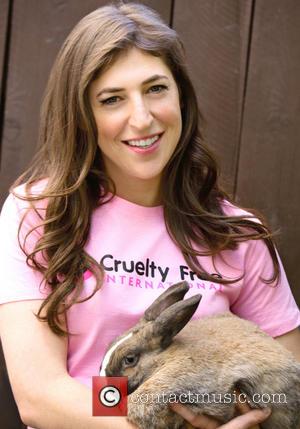 Actress Mayim Bialik has backed a new campaign to ban cosmetic testing on animals in the U.S.

The Big Bang Theory star is fronting a drive by officials at Cruelty Free International, who want the use of creatures in laboratory tests to be outlawed.

A statement from the actress reads, "It is very important to me to speak out on behalf of animals who cannot protest their suffering and ask the compassionate people of the United States to join me, and Cruelty Free International, to call on the U.S Government to end the outdated use of animals for cosmetics testing once and for all.

"It doesn't take a genius to know that using animals for these cruel and unnecessary tests is unjustifiable."

Other Tv stars including Game of Thrones' Peter Dinklage and The Walking Dead's Norman Reedus are also advocates of the appeal.