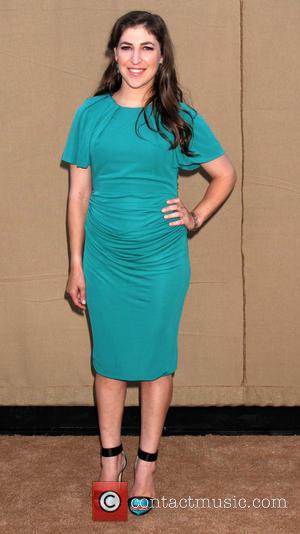 Actress Mayim Bialik wrote a series of online posts detailing her divorce as she wanted to help other women going through the same process.

The Big Bang Theory star filed papers to end her nine-year marriage to Michael Stone, the father of her two sons, last year (12) and the divorce was finalised in May (13), but the pair also had to seal their separation through their Jewish faith.

Bialik blogged about her separation on Jewish lifestyle website Kveller.com so other women could learn from her experience of divorce and what to expect from the process.

She explains on Access Hollywood Live, "I wanted to write about some of the more complicated aspects. And specifically, also, there's certain things (related) to Jewish divorce that people don't know about.

"There's something called a Get. There's a religious process. You sit in the same room and you watch your divorce deed be written. It's actually a very interesting thousands year old (sic) document that you watch written and you have to be in the same room as your ex.

"To me, it was a very cathartic, very emotionally powerful sense of closure for us. It's very intense. So I wrote for Kveller about some of those aspects in hopes (sic) to... (be) helpful to other people or other women."