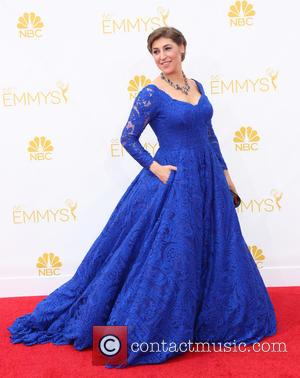 The Big Bang Theory star Mayim Bialik has singled out out Ariana Grande for criticism after spotting a billboard featuring the pop star in her underwear.

In a post on her Kveller blog, the modest actress and lifestyle guru, reveals she has no idea who the Problem singer is, but she would rather her kids weren't subjected to images of scantily-clad pop stars around Los Angeles.

Bialik writes, "I am old-fashioned. My kids have clothes they only wear to synagogue. I don't favour my kids cursing. I dress modestly. I don't want my kids learning about sex from billboards. Stuff like that.

"Which is why a few billboards I have seen lately really bug me. There is one for Ariana Grande, and I will go ahead and admit I have no idea who she is or what she does. Based on the billboard, she sells lingerie. Or stiletto heels. Or plastic surgery because every woman over 22 wishes she has that body, I'm sure.

"Why is she in her underwear on this billboard though? And if she has a talent (is she a singer?), then why does she have to sell herself in lingerie? I mean, I know that society is patriarchal and women are expected to be sexy and sexually available no matter what we do in society, but I guess now I need to explain that to my sons?"

The billboard in question appears to feature an advert for Grande's new album My Everything.