Naming your band after a canine's muzzle is something you might expect a dad-hating metal kid to do, but Houndmouth's debut EP introduces us to a folksy Americana blues that makes you think their dads are probably chilled-out hippies who gatecrash rehearsals and smoke pot with the band. 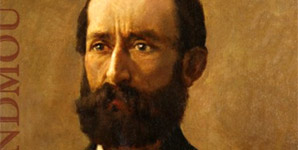 Hailing from Kentucky and name-checking The Band as a key influence, Houndmouth have all the standard requirements to succeed in their chosen genre: A singer with a drawl like Bob Dylan, an EP recorded in their home studio, and a band member with a massive beard.

In opening track Penitentiary, vocalist Matt Myers sings the story of a smalltime crook that can't land a job so he does "the next best thing" and robs a store. Before long he's on the train to Houston to serve time. A soothing groove and a catchy chorus inviting us all down to the Penitentiary make it seem like prison ain't all that bad, and maybe it's not, because when our hero's issued a pardon somewhere in the third verse, he informs us that he's planning on repeat offending.

Track two, Houston Train, continues Houndmouth's pre-occupation with railroads bound for Texas. This time, it's female member Katie Toupin's turn to narrate. Her sultry vocals deliver a vagabond fable of getting high then getting clean then getting high again. Will these people ever learn? Myers handles his guitar beautifully during the instrumentals, squeezing teardrops of bluesy angst out over the soulful soundscape delicately crafted by his bandmates.

Krampus is Houndmouth's ode to southern gospel, complete with standard gospel lyrics about a light shining down from somewhere unspecified. The track builds nicely with three-part harmonies and a stomping kick-drum, but somewhat stumbles rather than explodes into the underwhelming outro.

EP closer The Big Oil Spill is another Middle America tale laid out over the by now formulaic jangly guitar and organ sound. It does what the first two tracks do, just not as well. A different arrangement here or some quirky instrumentation there (think banjo or mandolin) would've been a tasty side on the Houndmouth menu.

Houndmouth can write a catchy tune with intriguing story-based lyrics, and under the right production guidance they have the potential to add another dimension to their sound. An Autumn tour supporting Dry The River across North America will perfectly place them in a position to poach new fans, and maybe they can steal a trick or two along the way. All aboard? 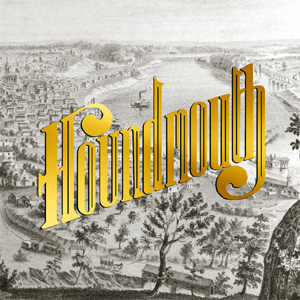