Review of The A Team Single by Ed Sheeran

You have to hand it to someone when they have played 312 gigs in one year, not only that but to do all this without having an album released is massive. This is certainly a case of what you would call a workaholic. 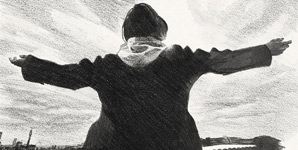 Ed Sheeran is ready to release his first album this year and 'The A Team' will be his first piece work to showcase what the album is all about. First thoughts before even hearing the track is that this is going to be banging, just for the sheer fact it's titled 'The A Team', we all know that brilliant cult program and you assume that the song is set around this. If there were ever a lesson in never making assumptions, then this is it. 'The A Team' is actually a beautiful melodic track that is made by its dark lyrical content which tell the story of someone on the streets trying to get some money together, on the game and taking drugs.

It's not like your average James Blunt or David Gray track that usually enters the singles charts and Ed Sheeran seems to have a much needed an edge to his music, something more, so watch this space for Mr. Sheeran.

Ed Sheeran and Kylie Minogue team up on new song

Ed Sheeran makes music for himself - not his fans