From one rock legend to another, Steven Tyler paid tribute to the late Chris Cornell during Aerosmith's show in the city of Batumi last week which was part of their Aero-Vederci Baby! Tour. He prayed for the grunge star and dedicated one of his oldest songs to him. 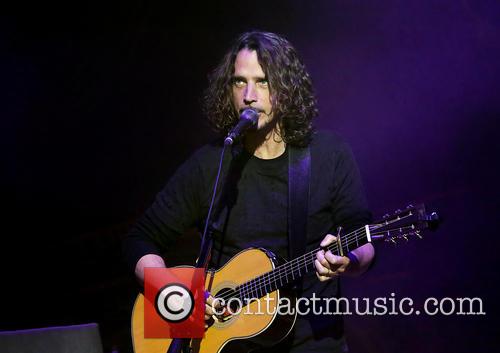 Aerosmith were performing in Georgia (the country, not the state) on Saturday (May 20th 2017), and they took the opportunity to dedicate their opening salvo to Soundgarden frontman Chris Cornell, who committed suicide following his Detroit show earlier in the week.

Steven Tyler walked on to the stage at the Black Sea Arena to Soundgarden's biggest hit, 1994's 'Black Hole Sun', as an image of Chris was projected onto a big screen. He takes a bow before the image, before sitting down at his piano, and suggesting to his audience: 'Let's take a moment of silence for Chris Cornell'.

'Dear God, may this man forever 'dream on',' he continued following his quiet pause. He and his band then launched into a rendition of their 1973 single 'Dream On', taken from their self-titled debut album.

On Thursday (May 18th 2017), Steven posted a goodbye message to Chris on Facebook alongside a black and white image of the pair singing together. 'There's a new star in the heavens tonight', he wrote. 'That will shine forever from the memory of your dream... you were the icing on every band you played with... you were a great friend chris... the world will miss you deeply... sadly... lovingly...'