The song was recorded months before his death in 2017.

The teenage daughter of the late Chris Cornell tugged at heartstrings over the weekend when she unveiled a video of a heartbreakingly poignant duet between her and her father that has never before been heard. Possibly one of the most beautiful Father's Day tributes on the internet. 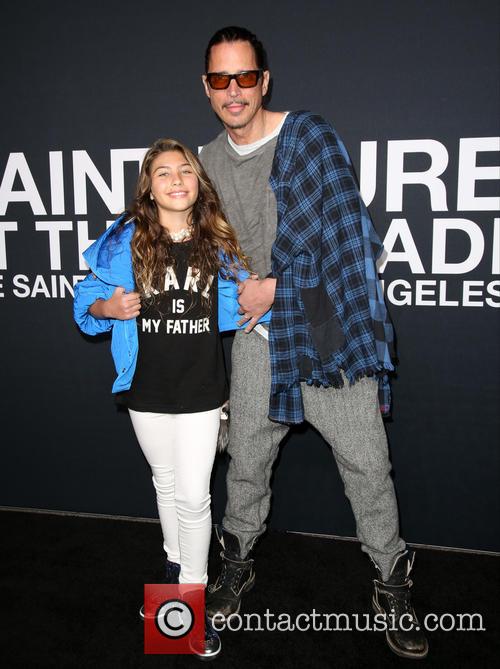 Chris Cornell and his daughter Toni pictured in 2016

Toni Cornell, 13, took to her father's official Instagram page yesterday (June 17th 2018) to post a Father's Day video featuring the pair of them performing a rendition of Sinead O'Connor's 1990 smash hit 'Nothing Compares 2 U'. She wrote a beautiful message to go with it, and fans can't get enough.

'I love you and miss you so much', Toni wrote on Instagram. 'You were the best father anyone could ask for. Our relationship was so special, and you were always there for me. You gave me courage when I didn't have any. You believed in me when I didn't. I miss your love everyday. Recording this song with you was a special and amazing experience I wish I could repeat 100 times over and I know you would too. Happy Father's Day daddy, nothing compares to you.'

Chris died a year and one month ago at the age of 52, and this marks the second Father's Day Toni has had to see without him. Indeed, last year's was particularly challenging when it came just weeks after his death, but it's wonderful to see her finding strength without her father in her life. Her mother Vicky Cornell feels much the same way.

'I'm so proud of my baby girl for having the courage to share this', Vicky wrote of the duet video on Twitter. 'July 19, last year she found it in her daddy's studio files - they recorded it a few months before he died. You never know what life brings and how we live each day is what's most important.'