TMZ published details of Vicky Cornell's last conversation with the Soundgarden singer, moments before he took his own life.

The late rock icon Chris Cornell apparently was incoherent and spoke about “blowing” his voice when talking to his wife Vicky on the phone in his Detroit hotel room, moments before he took his own life, according to a new report.

The Soundgarden and former Audioslave lead singer, 52, was said to be slurring his words when he last spoke with his wife, about half an hour before he hanged himself last week, according to TMZ.

Cornell was found dead in his hotel room, shortly after coming off stage having performed with Soundgarden at the Fox Theatre in the city back on May 17th, with his cause of death being ruled as suicide by a coroner. Now, a heartbreaking account given by his wife Vicky has been published by the American gossip site, detailing what happened in his final moments. 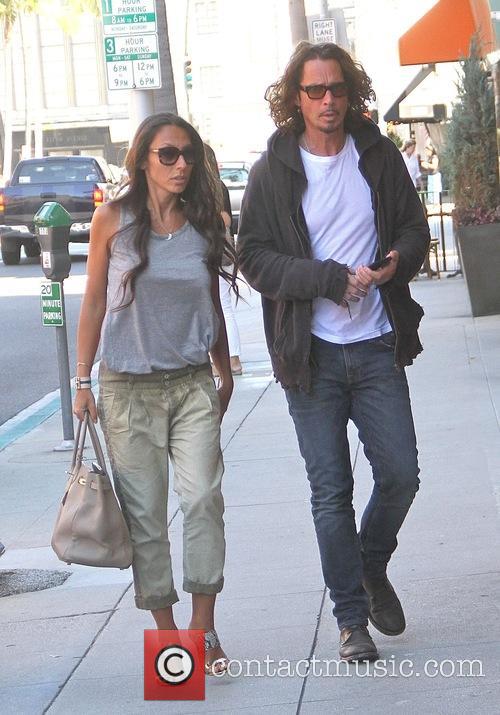 Chris Cornell with his wife Vicky in 2015

According to the report, she knew something was wrong the moment he called her from his room, and she told friends that she suspected he might have taken something other than the anti-anxiety drugs he was prescribed.

“They f***ed up again. They had three days to fix my in-ears and I was getting static. I couldn’t hear,” he said in an upset tone, according to Vicky, then adding, “I blew my voice, I blew my voice.” She then asked him what else he had taken, as he didn’t “sound right”.

“I was really angry and I just took two Ativan. I’m really pissed and I had to calm myself down,” Cornell replied.

More: Aerosmith pay tribute to Chris Cornell in concert with ‘Dream On’ performance

The incident reminded Vicky of an incident when Cornell was abusing drugs years ago, and asked his bodyguard Martin Kirsten to check on him. When he couldn’t get through to raise him, she called the hotel, whereupon the singer was discovered hanging from a red exercise band.

His family has denied that Cornell intentionally took his own life, and have said that he only did so because he was under the influence of drugs.

Meanwhile, Cornell’s funeral will be held in Los Angeles on Friday (May 26th), followed by his burial at Hollywood Forever cemetery in a private service.

More: The ten Soundgarden songs you need in your life