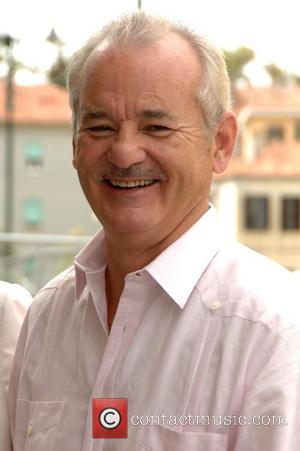 Bill Murray, comedy legend and 'Ghostbusters' star, has apparently finally ended the feud with 'Charlie's Angeles' co-star, Lucy Liu. According to Murray, there was no feud in the first place - they just had a 20-minute argument that was blown completely out of proportion.

It was stated that Murray decided to not appear in the 'Charlie's Angels' sequel because he did not want to work with Liu any more. Murray, however, insists that this is far from the truth. Instead, he explains that "We began rehearsing this scene and I said, 'Lucy, how can you want to say these lines? These are so crazy.'" He continues to say that "She got furious with me because she thought it was a personal assault, but the reality is she hated these lines as much as I did. But for 15 or 20 minutes there, we went to our separate corners and threw hand-grenades and sky rockets at each other."

The actor insists that there is no longer and bad blood between them, saying that "We made peace and I got to know her better from that day, and I feel very warmly for her now." Murray agreed that he decided not to return to the sequel because he did not want to work with another member of the cast, although he insists that it was not Liu. Murray stated that "That same person was going to be involved in the second one, so I wasn't going to show up again."