Like Bill Murray and Dan Aykroyd, this film also features veterans from Saturday Night Live. Wiig already has a varied movie career (this reunites her with Bridesmaids costar McCarthy and director Paul Feig), and this film gives scene-stealers McKinnon and Jones their first proper big-screen roles. Together, they have a terrific sense of camaraderie, which engagingly layers real warmth under the sassy attitude. It's great to see a film led by women who don't feel the need to find boyfriends or husbands. And Hemsworth is hilarious as their airhead eye-candy.

Filmmaker Feig keeps everything moving at full speed, filling scenes with eye-catching effects and a continual barrage of witty verbal and visual jokes. Several scenes feel oddly chopped together, with subplots that appear and disappear and running gags that don't quite catch on. But thanks to the energetic likeability of the central quartet, none of that really matters. And as it goes on, the film becomes even funnier and genuinely scarier than the original. Which bodes well for the launch of a new franchise, as long as the writers have somewhere interesting to send these characters.

Watch the trailer for Ghostbusters 2016: 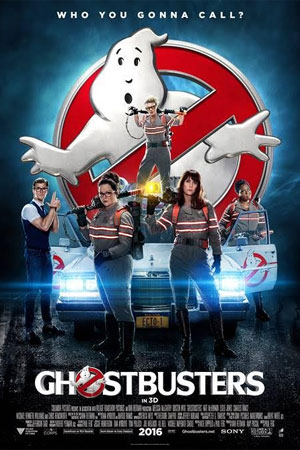