It was a pretty epic weekend for Murray, as his peers paid tribute to his career in comedy on top of his beloved Chicago Cubs breaking their 71 year old World Series curse.

The legendary Bill Murray received the prestigious Mark Twain Prize for his services to comedy and the arts this weekend, but the Chicago Cubs die-hard also had another reason to celebrate at the weekend, as his team ended a 71 year old curse to enter baseball’s World Series.

On Sunday night, 66 year old Murray attended a ceremony in Washington D.C. where he was awarded the annual prize for American Humour at the John F. Kennedy Center for the Performing Arts. However, some had been concerned that he might skip it to watch the Cubs instead, but they wrapped up the series in the sixth game against the Los Angeles Dodgers the night before. 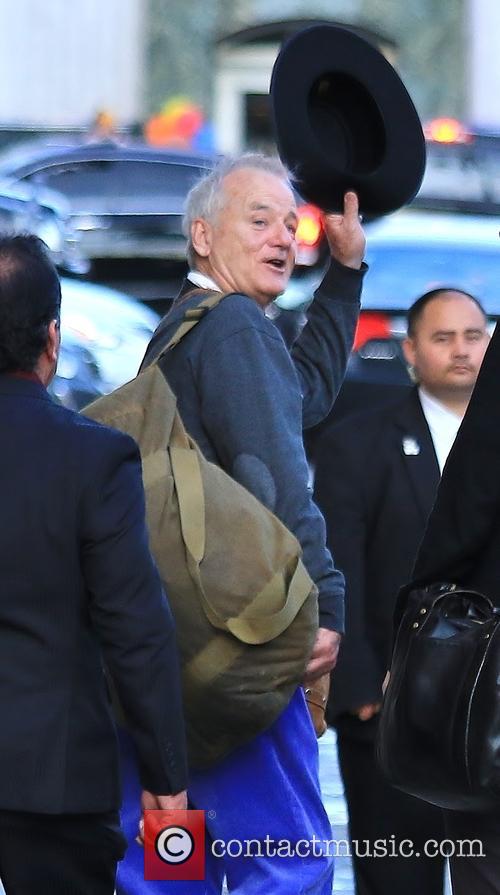 “I’m glad they won last night so I could be here this evening,” Murray said when accepting his win, according to the New York Times. “If they hadn’t won last night I would have had to have been there, because, honestly, I do not trust the media to report the story.”

The Mark Twain Prize has been awarded every year since it was established in 1998, with some previous recipients including Eddie Murphy, Tina Fey, Will Ferrell and Richard Pryor.

Murray reportedly enjoyed the ceremony, sitting in a box seat lapping up the tributes from other Hollywood celebs, including talk show hosts David Letterman and Jimmy Kimmel plus actors Steve Martin and Emma Stone.

“Bill Murray could shove you over the side of the Hoover Dam, and you’d be like, ‘Hey, Bill Murray!’” quipped Kimmel, while Martin told him: “You and I were as close as two people can be, considering one of them is you.”

USA Today also reported that the star paused to pay tribute to his older brother, fellow actor and comedian Brian Doyle-Murray, who supported the Murray family of nine kids after their father died.

“My brother had more guts than anyone I ever knew, and the only reason I’m here tonight is because of the guts of my brother Brian,” Murray said. “He’s been waiting a long time to hear that.”

More: Bill Murray was actually set to be killed off in a theoretical ‘Ghostbusters 3’