Review of Total Album by SebastiAn

Since emerging onto the music scene in 2005, Serbian-French producer and DJ SebastiAn Akchoté, or SebastiAn as he is better known, has firmly cemented his place among the elite forces of house and electro. His earlier releases such as 'Smoking Kills (?)' and 'H.A.L' not to mention his countless remixes and now iconic EP Ross Ross Ross helped launch Ed Banger into the powerhouse it is today and after six years of waiting he has finally unleashed Total, his first proper LP. 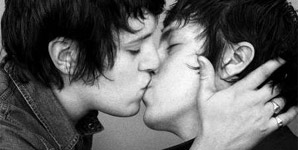 As rendered on these past releases, SebastiAn can easily show his worth with a synthed-out bass line or pounding sampled drumbeat, but as shown with his work on last years Notre Jour Viendra OST, he can stretch his work beyond the bastions of house music. On the harpsichord sampling 'Tetra' and the interlude 'Night' he demonstrates his ear for the flexibility classical instrumentation has within different genres, creating an interesting juxtaposition on an otherwise criterion electro release.

Other highlights emerge on the album such as the title track's crunching guitar riffs that travel at break-neck speed before blending almost seamlessly in 'Jack Wire', both of which create a brutal electro-rock sound akin to the likes of the Prodigy or DIOYY.

'Prime' starts off like a slowed down disco classic or a opener from a Jacksons track before erupting into a scintillating mid-range frequency that harks back to past Ed Banger releases, most notably Justice's 'Let There Be Light' from the seminal Cross LP. Justice themselves are no strangers to similarities with the Jacksons, whether with the group or Michael on his own.

'C.T.F.O' has a moderately dirty rave-y sound in the vein of 'XR2', yet M.I.A's own skills on the mic come across as second rate, which as a result make this high profile guest spot seem almost wasted. The same cannot really be said for Mayer Hawthorne's appearance on 'Love in Motion', in which he provides hushed vocals over distorted bass and handclaps in a gratifying fashion.

Those of you familiar with Ed Banger will be aware of its one unfortunate downside, the inevitability of repetition throughout some of the albums. For SebastiAn this it taken quite literally with the inclusion of 'Ross Ross Ross' and 'Motor', two much older tracks that are for some reason included again, despite appearing the Ross Ross Ross EP from 2006 and as a single (respectively). This inclusion doesn't so much give an impression of repetitiveness but rather a sense of laziness.

Total maintains the typical Ed Banger sound, a formula that many would argue needs no tampering with, as it is a label that continually produces some of the best electronic music in the world and as SebastiAn has shown again, there is still life in the label. Sure some of the tracks are a little lacklustre and some are just down right rehashes, yet there is still a sense of headway in his music and a slight glimpse into the future of the label. Maybe someday dance-floors will be flooded with harpsichords and violas, rather than klaxons and reusable bass hooks.

As we await the second offering from label favourites Justice this at least gives us a promising sign of the material the French label has yet to show us. Sure it's predictable as well as repetitive at times and sure it's not a challenging listen, but it's sporadically good nonetheless, damn good at times, and could serve very easily as the soundtrack to a (very) messy night out. Really, what more could you ask from an electro album?