In the minds of Rival Sons, it's still the 1970s. Their music is heavily indebted to the blues rock of the era, such as Led Zeppelin, and the sound is enough to transport you into the back room of some shady dive bar. 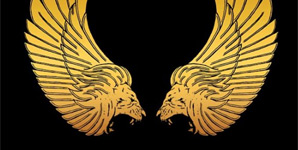 Rival Sons might not offer anything particularly new, but on fast, riff laden numbers such as Get What's Coming and Radio they really shine, with Jay Holiday's yelping vocals fronting a tight performance. Similarly, the hard rock riffs of Sleepwalker are a highlight. This band do riffs with the best of them, it's just a shame they are 35 years late.

Unfortunately, when the band stray into slower, more delicate territory they lose their footing somewhat, as on the so-so Sacred Tongue. Its ok, but you know they would be a lot more comfortable cranking out distorted hooks and solos. Soul, another slower number fairs slightly better, but it still isn't a patch on the louder stuff.

All of these songs however, are trounced by the absolute gem of a song, Torture. This song is a kicking and screaming, ballsy piece of hard blues rock, and if you were questioning whether Rival Sons are just an unoriginal nostalgia act, trading off other people's past glories, this song (and especially it's jaw dropping guitar solo) tells you that when they do it so well, does it even matter? 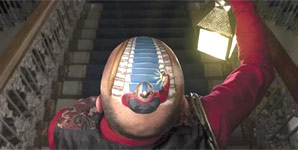