Review of Find The Torch, Burn The Plans - Live Album by Paul Weller

There is no doubt about the talent and reputation of Paul Weller as a well respected solo artist, lyricist, and guitarist. The fact that he continues to receive awards such as Best Solo Artist at the Brits last year only confirms his place within current music. 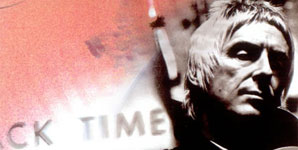 Weller is very British when it comes to his music, and his roots are reflected in the use of British institutions such as the BBC and Royal Albert Hall with this release.

It's all very self explanatory really - A mixture of well known favourites, classics from the Jam, and a few from his album release earlier this year. As with previous live releases, there are a few covers scattered throughout and given the Weller treatment such as 'How Sweet It Is (To Be Loved By You) with Lauren Pritchard.

The CD is compiled from the highlights of his concert at the Royal Albert Hall and a small gig at the BBC Theatre he did for Radio 2 earlier this year.

It's a tricky one isn't it? Paul Weller is a talented and well respected musician, but a live CD and DVD isn't anything new. Yes there are contributions from the likes of Kelly Jones, Richard Hawley, and Lauren Pritchard, but if you are a fan then chances are that you already have most of this and are not particularly bothered about their versions. But then he released 'Wake Up The Nation' earlier this year so new material is covered.

The addition of a documentary style film by acclaimed director Julien Temple perhaps adds a slightly unique slant which will certainly be interesting for the real fans. A 50 minute documentary is a rare treat where you can really get into the life of the music star.

The problem with Weller is that just for once you want him to do something daring or different. With a dedicated fan base already established he is quite comfortable, and why shouldn't he be? Perhaps he knows that fans will lap this up, but even words like 'exclusive' and 'never seen before' don't quite build enough excitement. Probably more of a collectors dream.