Review of Awake For Everything Album by Hesitation Wounds

Hesitation Wounds is an American hardcore punk supergroup consisting of Touché Amoré vocalist Jeremy Bolm, The Hope Conspiracy and Suicide File guitarist Neeraj Kane, newest Slipknot and former Against Me! drummer Jay Weinberg and True Cross bassist Stephen LaCour. They've been together since 2012, but have only just released their debut album 'Awake For Everything', probably due to commitments with their main bands, but the punishing thrill of this record has made it well worth the wait. 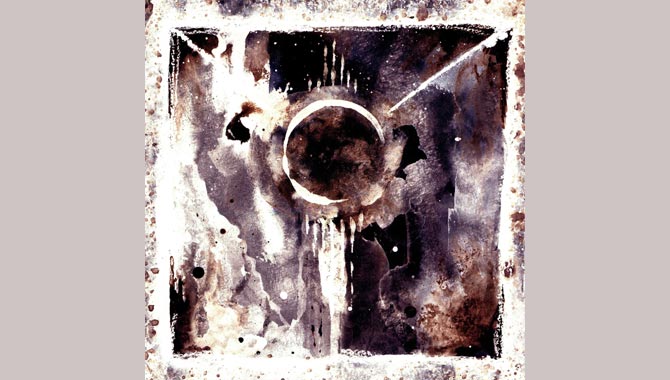 'Operatic' kicks this thing off with Deftones esque guitars, albeit put through a hardcore blender the way they're downtuned, grove driven and are played in a spidery manner. Bolm's vocals come in bludgeoning and showing no mercy as he shrieks about 'media politics.' 'Bleach' is more straight up and fierce with riffs swinging harder and boisterous drum rolls as well as Bolm pleading to 'just burry my head in the soundtrack, it keeps me warm'.

'Hands Up' balances out muscle and melody well the way lighter chords played with adrenaline will hook you in, only for the lower chords to batter you like a ton of bricks. You can really tell that it's coming from someone who played in The Hope Conspiracy as that band were so great at playing it both hard and memorable.

'New Abuse' hits the breaks on the fury 'Awake For Everything' is displaying. If the opening track felt like a punchy Deftones song, this feels like Deftones in their more spacey moments with minimal, guitars and making Bolm seem like he's yelling from another realm as if the listener is using an Ouija board to hear him. However, 'All We Know' is anything but slow with unrelenting blastbeats charging along with the pummelling guitars and vocals for just little under a minute.

Compared to Bolm's main band, Touché Amoré, 'Awake For Everything' is more savage than anything they've ever done. That band have a huge emo and indie influence and are introspective when it comes to lyrics, exploring themes of guilt, moving on, fear and one's place in the world. Hesitation Wounds is just pure anger though and more political with subjects such as prejudice towards refugees and the consequences of drug use being touched upon. Bolm spends much of this record lashing out at such issues over the punishing music provided by the other members.

'Guthrie' cuts loose getting all its aggression out through ferocious instrumentation and Bolm rapidly shouting his lines, before the guitars start to soar in more of a melodic fashion. It's like getting killed in a warzone, then ascending to heaven other than the fact that Bolm is screaming about America being the land of opportunity and the land of the brave, but then stating 'it's all bullsh*t, we can see', displaying how he doesn't buy into the American Dream.

After some more battering tracks the album ends on two slow burners 'Ends Pt.II' and 'Streamlined.' Both retain intensity from the moodiness of the hazy, but firm guitars, although 'Streamlined' has more movement in the limp notes as well as probably being the most harrowing track on the album the way Bolm refers to someone not being ready for a child. Even though this band seems like less of an outlet for person demons for Bolm, you can still count on him to put everything into his words and how passionate he delivers them, making for an experience that's still highly emotional and cathartic.

All in all, 'Awake For Everything' is a killer heavy release that's equally good at being scrappy on the majority of the tracks and more morose on others, thanks to the instrumentation, especially the guitars, maintaining strength at any moment as well as the high level of emotion you can always count on Bolm to bring to the table. Even if you're not into or haven't or heard of any of the bands associated with Hesitation Wounds, if you like your music aggressive this well worth your attention as your bound to find something to like here.