London nightclub 'Heaven' recently played host to international DJ's Galantis catching them in an intimate performance of the 1600 capacity venue. 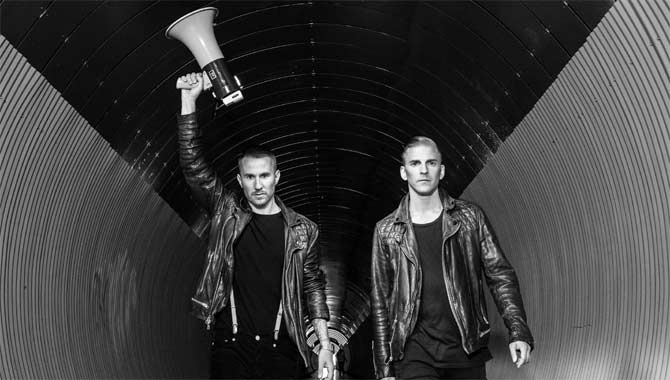 The Swedish electronic duo (Christian Karlsson of Miike Snow and Linus Eklow of Style of Eye) proved they could get a crowd going no matter the audience as part of their European tour in support of their debut album Pharmacy, released last June.

Tracks that really stood out in the live environment were Forever Tonight and Gold Dust; initially starting with a slower pace before building the crowd into a frenzy. The atmosphere of the gig was lively especially for a Wednesday evening with the gig goers bouncing along to every track. This was only encouraged by the DJ's who were jumping of the decks, waving flags and bouncing along in sync with the audience.

Remixes of Jess Glyne, The Weeknd and Drake's Hotline Bling were nestled in the set accompanied by background projection of Drake's recent mainstream dance. Galantis pushed the boundaries interlinking genres of dance, pop and indie by including the likes of Seven Nation Army by The White Stripes.

Mainstream hit Peanut Butter Jelly got the crowd in a singalong with its upbeat hooks and catchy tones. Nevertheless Runaway (You & I) saw a momentous close and a fitting way to end the DJ's set as the track earned Galantis international success in 2014.