EofE are a quintet from the West Midlands who got their big break supporting McBusted's arena tour, but they have also performed at festivals such as The Great Escape and Download.  Following the release of three singles, this is their debut album and will be celebrated with a show in Nottingham on 10th October. 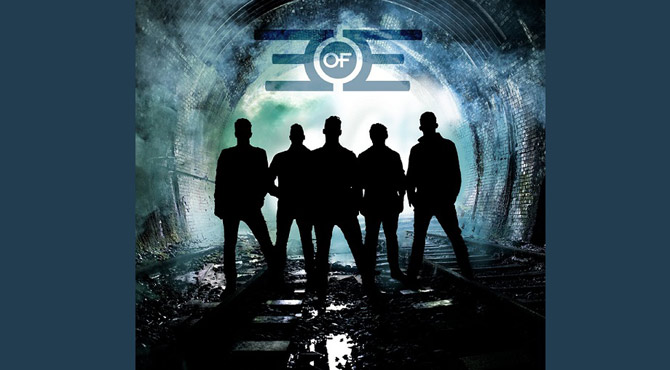 With a short, snappy riff, 'Get Caught' is a high energy introduction to this outfit that acts as a precursor for what is to come: rock-pop with metal leanings, sky high hooks and slick production.  The ingredients are there for a breakthrough act, yet the problem with the track and many others is that the results aren't gripping.  The likes of 'Wake Up', 'Lifeboat' and 'Only Get Better' are fine when present, yet unlike truly great songs, there's no instinct to hear them again and you don't find yourself unexpectedly singing them back to yourself.  The only song which gets close to achieving this is 'Stars In Hollywood', which unsurprisingly has been one of the singles, where the band strike similarities to American pop-punkers Boys Like Girls.  More of this would have been fine, but EofE are certainly not "perfect crossover rock" like the band's social media biography pushes.