The synergy that joins Elrow and Amnesia, one of Ibiza's most popular clubs would seemingly be a match made in heaven - and for the most part it is, as revelers get to experience the most hedonistic heaven entwined with one of the most immersive club encounters of their life. 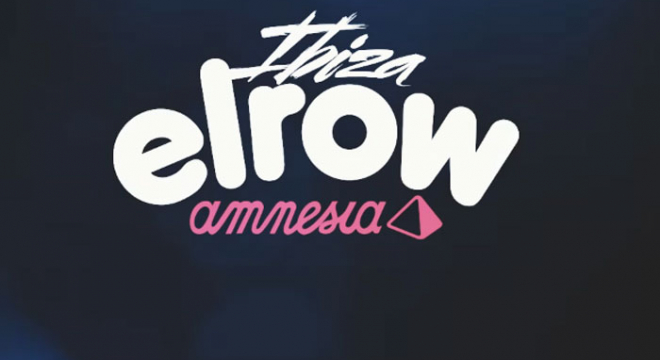 For those in question, Elrow is a Barcelona-born adventure where you hear the word immersive used repeatedly. Imagine the most elaborate stage productions, amalgamated with the craziest ideas a club could produce. Throw in some interactive costumed dancers on stilts, brightly coloured inflatables, mass amounts of confetti, some fantastic DJ's, a world-renowned club, and you have the perfect concoction for the frenzied and unhinged party.

With the closure of Space, Amnesia has stepped up as being the main player on a Saturday night in Ibiza. With Elrow at hand to make the journey ever so special, they have stepped up to the plate and the made the night unforgettable for those in attendance. It is impossible not to notice the extreme lengths Elrow have gone to make Amnesia their new spiritual home in Ibiza.

With the costumes and décor as elaborate as possible, it is unfair on the DJ's not to mention the fantastic sound that amplifies throughout the club, especially with Amnesia's 50,000 Watt sound system being so punchy.

Art Department (Johnny White) was the headline act in the main room of Elrow and his intuition for knowing what the crowd wants was extremely impressive. Playing tech house of the highest quality until the Ibiza sun rose over the club is quite an experience, and leaving a party full of decadence and chivalry only amplifies that feeling.

White was on form too, with his sound being more than just tech house, his style of music at times transcended genres of electronica. Using more than just pumping beats, Art Department controlled the debauchery on the dance floor with simplistic percussion and old school beats to keep the crowd as upbeat as an Elrow evening craves.

If there was a downside to the evening, it was easily the capacity. Everyone expects Ibiza on a Saturday night to be busy, especially when Elrow are putting on an occasion at Amnesia. Though, at peak times of the evening, the night was almost ruined with problems over capacity. How ticket vendors around Ibiza keep track of who is selling what is a question the club needs to ask, as the website said it was sold out, though tickets could be bought anywhere on the street or from a number of hotels officially.

Some were leaving early. Some even so frightened by the crushing on the dance floors it brought them to tears, which is such a shame for everything Elrow and Amnesia had put on. The synergy between the two is impressive and such an experience everyone should witness. However, the club needs to seriously look at how they allocate tickets around the fantastic party island to prevent anything like this happening again. As for something as magnificent as Elrow at Amnesia, and the immersive style that they put on, something as silly as numbers shouldn't be a concern.