When Annelotte de Graaf emerged in 2016 with her self-recorded album "Fading Lines", there was pleasant happenstance that brought her to the fore. She had money saved up, and rather than spend it on transient things, she decided to invest it in making something permanent: an album. It was recorded for personal fulfilment rather than for fame. That Heavenly Records got wind of it and managed to release it is most definitely our gain. So, if you're being pedantic, the "Cannonball EP" is Amber Arcades' first self-conscious long-playing release, the first specifically aimed to be heard on a wider scale. Recorded in New York whilst taking two days off during her 2016 tour, this five-track offering can be tentative in places, as if aware that people are actually listening now. 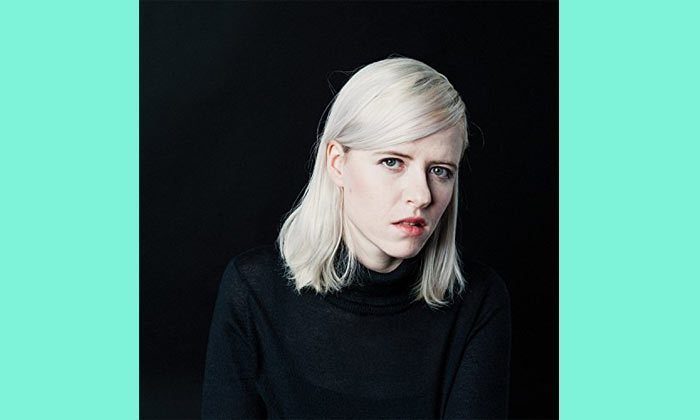 Starting with a Nick Drake cover is a bold move that really works. "Which Will" is transformed from a breathy, plaintive, garret-dwelling, attic philosopher's rumination into an insistent inquisition - the line, 'Tell me now, which will you love the best?' strongly bringing out the urgency of 'now'. With the bass sparkling underneath a crystal-cut guitar line, it puts the addressee on the back foot with its irresistible force. Second track, "It Changes" is the one you'll have on repeat. It's a punky stomp, starting off like Jonathan Richman's "Roadrunner", and sounding tailor-made for Iggy Pop's abrasive rumble to impose itself after the intro. Instead, you have de Graaf's soft but sonorous tones, reminiscent of Nina Persson on The Cardigans' "First Band on the Moon", yet Amber Arcades' vocals are fuller - a slightly more chunky knit, like those efforts Robert Smith wears.

"Can't Say That I Tried" is that mid-tempo track you've forgotten from the end of the Killers' "Hot Fuss". Whilst perfectly listenable, looping synth chords and the unchanging tempo make you yearn for some variety, and wonder whether its title is giving you a bit of a cheeky wink. Breeders fans or Damien Rice devotees can stand down, as "Cannonball" is not the second cover on the EP. It takes the projectile theme down the 'Shoot me like a cannonball' route, asking a lover to send her joyously ballistic. Its highlight is the heady, rasping Big Country guitar solo over the mesmeric tom-tom beat of Johnny Preston's "Running Bear". "Wouldn't Even Know", with former Coral man, Bill Ryder-Jones feels a bit like wearing a massive trenchcoat with your speedos on a baking hot day at the beach. De Graaf's summery sound and the hazy instrumentation become weighed down by her collaborator's saturnine low murmur.

Whilst it frequently shimmers and glimmers, the "Cannonball" EP does not shine as boldly and consistently as you might expect.

Listen to Wouldn't Even Know: