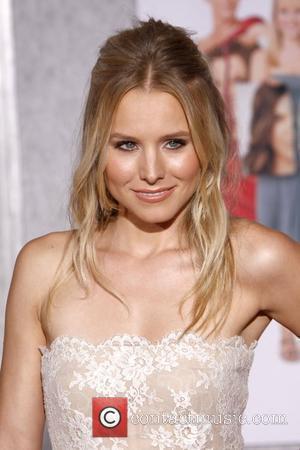 Kristen Bell rebuffed the amorous advances of British funnyman Russell Brand while they worked together on FORGETTING SARAH MARSHALL.
The pair spent time in Hawaii while shooting the 2008 comedy, which saw Bell playing a woman who leaves her boyfriend for Brand's outrageous rock star character.
But Bell is adamant their real-life relationship did not mirror their onscreen romance - as she rejected the womanising comic when he propositioned her.
She tells Britain's Daily Mail, "I made it really clear from the beginning that I would sock him in the b**ls if he tried ­anything. So he was intimidated, truth be told."
Brand has since given up his Lothario lifestyle and settled down with pop star Katy Perry, who he married in India last month (Oct10).