I saw Jamie Woon play in Leeds in the early 00s, when he'd managed to gain an underground reputation for his one-man Loop Station gigs, layering 8-part harmonies building to massive, beautiful electro-soul crescendos. I was both shocked and pleasantly surprised that he's now signed to Polydor, tipped by the BBC as one of the sounds of 2011 and crafted this stunning, restrained album with help from the likes of Burial. 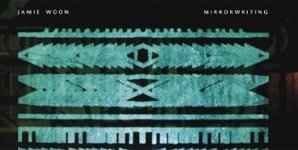 It's refreshing to see a major label pushing someone of Jamie's unique talent so hard, and although Polydor are clearly trying hit on a commercial formula by pairing a young, fresh-faced soul singer with dance music genre du jour, dubstep (which is now become a byword for anything vaguely electronic and down-tempo), putting such spacious dynamics in the hands of an artist of this calibre has generated something far beyond a mere major label stab at credibility.

This record is full of so many moments of aching poignancy it's difficult to know where to begin. Perhaps it should be made clear that this is not a 'dubstep with singing' album. Although Burial is at the helm for a track (the pulsing, seductive opener 'Night Air'), Woon finds contemporaries in acts like Stateless and Moderat, and the dynamics of simple lines, minor keys and eerie silences are rooted in an emotional core, the foundations of which build upon the dark and delicate pathos of records like John Martyn's 'Solid Air' and Tim Buckley's 'Starsailor'. Woon caresses this core with his kaleidoscopic musical vocabulary, treading through the darkness with the light of a modern, soulful blues. The electronic element provides a head-nodding counterpoint to his experimentations with space and depth, weaving luscious textures mastered by but few others (Peter Gabriel, Bjork, Radiohead), and his deep, affecting soul voice and expert phrasing makes this record swing, in places, like D'Angelo's 'Voodoo', especially on second single 'Lady Luck', where the beat structure evokes the early Timbaland, and the gospel-tinged 'Spirits', where his vocal-layering past is most prominent and has overtones of Teddy Riley's New Jack Swing.

The glitchy stabs that punctuate the first half of the record slowly give way to a gentler, heartfelt aesthetic, refracted through a lens that blurs and updates the Bristol sound of the 90s. 'Spiral' recalls the softer side of Prince, rewritten by a ghostly hybrid of Jeff Buckley and Beth Gibbons. Woon has the rare knack of coiling these influences into a submerged whole - they get lost through the process of reimagining, and catapulted back into this singular, riveting collection of songs. Mirrorwriting reaches its peak during the heart-stopping love lament 'Gravity', in which vocal torrents are fired into the air and brought back down to earth by the loss that can be heard in every tone.

Mirrorwriting is a bold restatement of blues and soul music, which works because Jamie Woon can see the blues and the soul in everything: in folk, house, hip hop, trip hop, dub step, pop, and ultimately in his own being. It remains to be seen whether it will chime with the mainstream merry-go-round of radio - I fear it is just not shallow enough - but that doesn't stop 'Mirrorwriting' being the most exciting debut album by a British solo artist for a very long time. 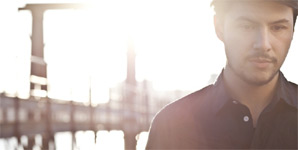