Every now and then as a reviewer, you get an album come through the post which is an absolute anomaly, but an anomaly which leaves you thinking "why aren't there more artists out there doing this type of stuff?" Shelter Songs by Howard James Kenny is one such album, which takes cues from sorely missed mad prog geniuses Oceansize and more conventional singer-songwriter types. 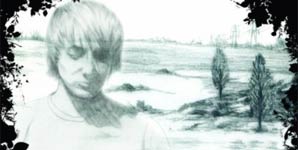 Shelter Songs is an absolute master class in how to make an intricate and delicate piece of art which on the surface seems simple, but upon closer inspection is so detailed it comes close to bordering genius. The opening track My Wrongs features layer upon layer of painstakingly crafted guitar lines ducking and weaving around each other, underneath layer upon layer of painstakingly crafted vocal harmonies. My Wrongs, after opening calmly bursts into a fast, but still meticulously layered crescendo which almost, in a weird kind of way, calls to mind the epic Three Days by Jane's Addiction. All of these layers give the album a rich and full sound, despite being made by just one man.

An atmosphere of beauty, stillness and calm prevails over the whole album. Never is this demonstrated more than by the soaring choral arrangement of Insects and the short interlude - If's - which follows it. At times this lightness of touch becomes overpowered and overshadowed by the layers of instrumentation, but here, it really shines through. It is these moments where Kenny is at his best. I don't think it would be hyperbole to say that Howard James Kenny shows flashes of absolute genius all over this record.

Which isn't to say the album has no flaws; we only see flashes of genius after all. The sequencing of the album is its first hurdle. We are welcomed by three songs between 7 and 11 minutes apiece, which feels a little uninviting. You really have to work your way into it, but once you are there, the rewards are plenty. Digits Point, one of the shorter songs on the album, and also one of the best, shows that Kenny really does not need to stretch his songs out to such lengths to make something unique and wonderful. Some of the songs too, are a little samey, and the sombre tone of the album at times gets a little too much. Somewhere in the 42 minutes on show here you think "Would it kill you to crack a smile?"

Overall, Shelter Songs is a brilliant album. Despite its flaws, this album certainly has its time and place. The songs are like gentle lullabies, and the sounds made by the innovative layering of guitars and vocal harmonies is glorious. I have no doubt that Kenny will be able to produce far superior albums in the future, but on this evidence - already his streak of genius a mile wide - Shelter Songs is a promising start.