"If I can make it there I can make it anywhere"......so the song goes. Has he made it there? No not really. Is he likely to make it anywhere? Well the jury is still out deliberating on that one. London born, Brooklyn, via L.A, based Ed Vallance is a man searching for a place to call home as well as a wider audience. 'Volcano' is Ed's second album, following up his 2008 release, 'The Modern Life'. 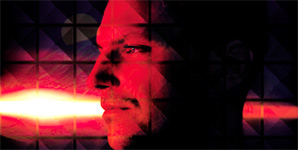 This time around Ed has enlisted the production services of Mark Ephraim (New Pornographers/Joan As Policewoman) to enhance and enrich his broad canvas of well-considered, but not entirely cohesive, songs. Whilst Mark may have injected some energy and 'pop' into the Vallance sound his starting point is still a little short of hitting the mark. There is clearly an aspiration towards becoming the classic singer-songwriter he and others are offering him up as but he's not quite there yet.

The opening number, and first single to be taken from the album, 'Crystalline', gets 'Volcano' off to a great start with its driven rhythms, pulsating percussion and very effective tempo changes. Ed's vocals sit comfortably above the mix, washing across the song with an earthy, soulful presence creating a balance of harmony and intent. 'Seabird', which includes a lovely backing vocal from Annie Lieberwirth, slows the ten song set down for a lighter, layered feel before 'Black & White Light', previously on Ed's 'Summer Fire' EP, picks up the bpm once more for the guitar and keys accompanied, quite flat, track.

Within the opening three numbers there are different vocal treatments, a distinctly different feel and a disjointed quality that subsequently pervades the whole album. Maybe this is intentional or maybe it's the result of having recorded the album in four different studios across Brooklyn and Manhattan. Whichever it is I don't think it's worked to Ed's advantage. Even on the title track Ed's vocal, a near spoken word delivery, sounds woeful in comparison to some of his other songs. The narrated lyrics begin to grate which is a shame as the soundscape and chorus to which they are paired is a vibrant platform that deserves better. 'South Circular', the following track, also suffers from a similarly grey disposition before, rather ironically, the more upbeat and uplifting notes of 'Dear Misfortune' chime in. Of all the songs on 'Volcano' this is probably the one that captures Ed Vallance and his 'sound'. A nod to mid-eighties trans-Atlantic soft rock curiously catchy but lacking real character. 'Into The Forest Fire', one of the better songs on the album, 'Bookish' and the sweeping and stirring ,'Famous Last Words' close out the album.

On 'Volcano' Ed seems to have favoured an Americanised version of himself which has had the resultant effect of making some of the tracks sound rather bland. The want and the will are clearly evident, the song craft is so nearly there and the material all has glimpses of what could be but overall I found 'Volcano' rather characterless and stripped of passion. Perhaps this is one Englishman that would be better off if he weren't in New York. 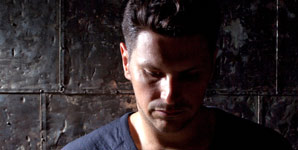