In my experience there are only two types of music fans; on the one hand, there are a bunch of people who own a copy of - I mean own a copy of as opposed to downloaded their favourite bits - the likes of Raw Power, Is This It, or John Grant's Queen of Denmark. And the other camp think that Interpol sound like Joy Division. 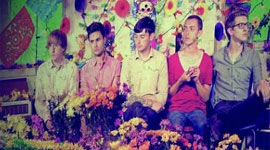 I say this because that second group, just by making the comparison, prove beyond doubt that they've never heard a single word that Ian Curtis' alien baritone ever crooned (Aside of course from those on the ubiquitous and almost ridiculously out of character Love Will Tear Us Apart) and by extension have been suckered by Paul Banks' rather effective PR people, along with a lazy rock hack or two.

Chapel Club are a London five piece who are full of post-punk ennui-lite, as defined by not by the old school philosophical weight of Nietzsche or Freud that weighed down tortured young men of the late seventies, but by modern-day keepers of our conscience like Charlie Brooker, and of a world with major problems like a broken iPhone. Seemingly keen to illustrate his debt to Northern ghosts of the last century, lead singer Lewis Bowman rounds out his fixated roots by making good on some vaguely intriguing Morrissey affectations, whilst his band mates create a sound which would look very much like Interpol>Editors>White Lies were it represented as some kind of family tree thing.

Nothing wrong with that I hear you say, and rather than considering subject matter like the transitory nature of human existence, Palace shows that these apparently winsome boys also care about sins of the flesh, a view illustrated most obviously on early single O Maybe I, as Bowman sings "O maybe I should f** around with someone else's wife" in a profane tribute to his mentor. Elsewhere what's on offer is of a more straightforward derivation, with both Five Trees and Blind harking back to the era when The Back Room seemed like the most important debut album in years.

Up to this point however, Palace is simply delivering yet more pop in middle class doom's clothing and for the previously mentioned guys who think that the most important Hook was the character in a Disney movie, that'll be just fine. The more intuitive will want to take a closer listen to its most involved, but conversely rewarding moments however; The Shore is six minutes of dreamy, fx heavy shoegaze that recalls the likes of early Ride, whilst the not much shorter Fine Light sounds like a weird hybrid of The Drums and Foals at their most somnambulant, until a hugely unexpected but thrilling mid-song tempo change. Either prove that, when stretched and back shifted, this is a sound that could escape the creative event horizon of perpetual Academy headliners. When it comes to clubs in general, I'm with Groucho Marx, but there is just the feeling that Chapel Club may convince me otherwise yet. 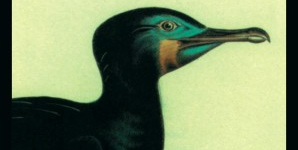