The day Michelle elected Barack as her future husband.

President Barack Obama and First Lady Michelle Obama are one of the most-loved power couples in the world, but did you ever wonder how these two influential and strong-minded human beings got together? 'Southside With You' reveals it was as simple as ice cream and a movie.

Parker Sawyers and Tika Sumpter star in 'Southside With You'

Written and directed by Richard Tanne in his directorial debut; a filmmaker who is also due to write the screenplay for Julius Caesar biopic 'The Roman'; the story was first envisaged in 2007. The Obamas have never shied away from discussing their personal and family lives, which is what makes them so well-loved. 'Southside With You' explores how this couple; Barack Obama and Michelle Robinson as she was known at the time; first came together after meeting at the Chicago law firm of Sidley Austin in 1989.

Watch the trailer for 'Southside With You' here:


Michelle is Barack's advisor at the Chicago law firm and she's determined that she won't give in to his requests for a date. He manages to charm his way into her heart though, taking her to see Spike Lee's 'Do the Right Thing' at the movies and visiting the Art Institute of Chicago. His interest in her work to empower women and his affecting public speaking impresses her no end, and they share their first kiss that very day at an ice cream parlour. 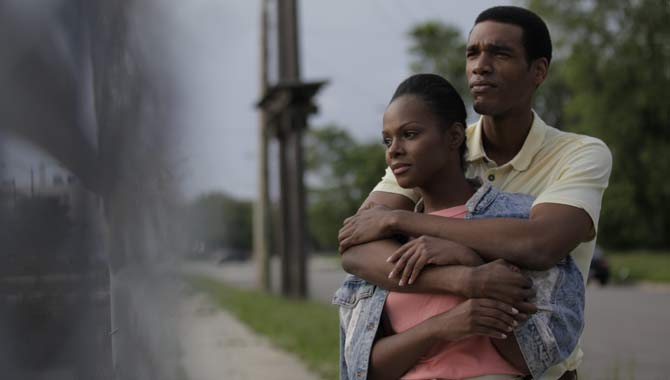 Barack Obama is played by 'Zero Dark Thirty' actor Parker Sawyers, who is set to appear Iraq war films 'Leavey' with Kate Mara and Tom Felton, and 'Sand Castle' alongside Henry Cavill. He will also feature in the forthcoming biopic 'Snowden' directed by Oliver Stone and starring Joseph Gordon-Levitt in the title role. Playing Michelle Robinson is Tika Sumpter, best known for the TV shows 'One Life to Live', 'Gossip Girl' and Tyler Perry's 'The Haves and the Have Nots', and for the 'Ride Along' films. She is also on board as a co-producer with Tanne, while R&B singer John Legend acts as executive producer.

Nominated for the Grand Jury Prize at the Sundance Film Festival earlier this year, 'Southside With You' is set to be released in US theaters on August 26th 2016.