It marks the first time ever a president has got involved.

SXSW has long been known as a festival of firsts, of innovations and of introductions. And now, this year, they have announced that for the first time ever, a Keynote Conversation will be delivered by the US President and his First Lady as part of their Interactive and Music sections. 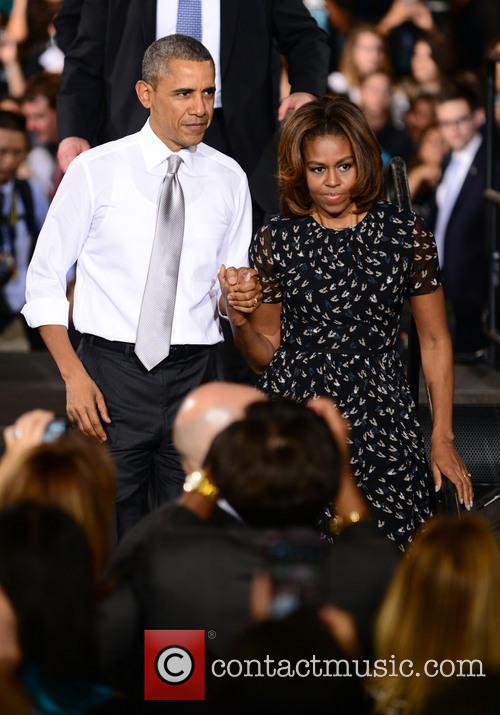 President Barack Obama will be opening Keynote on the first day of the citywide Austin festival, March 11th 2016. He'll be talking to The Texas Tribune's Editor in Chief Evan Smith about the roles communities and individuals are playing in political, social and technological development in front of audience featuring creative talents and entrepreneurs. Obama is thought to be planning to discuss the big issues of society from leadership to climate change.

Meanwhile Michelle Obama will be bringing her women's rights campaign to SXSW Music, opening up about her Let Girls Learn initiative which helps to break down social and cultural barriers that sometimes prevent girls from achieving, and celebrating Women's History Month at the same time.

'I can't imagine a better way to celebrate our event's 30th year than to welcome both the President and First Lady to SXSW', said the festival's co-founder Roland Swenson. 'As each new generation comes up at SXSW they look for ways they can be of service, and it's important to reflect and support that message. President and Mrs. Obama's visit here will inspire attendees to that purpose.'

Among some of the musical performers at SXSW 2016 include Crystal Castles, Alex G, Caveman, Hinds, Yuck and Ron Pope. There is also a film section of the festival premiering headliners Richard Linklater's 'Everybody Wants Some', 'Midnight Special' starring Michael Shannon and Joel Edgerton, Ethan Hawke's 'In A Valley Of Violence' and others.