The President has spoken for the first time about The Oscars diversity debate, describing it as just an expression of a broader issue.

President Barack Obama has joined the #OscarsSoWhite debate which is currently dominating this year’s Academy Awards coverage. With a number of Hollywood stars speaking out on the controversy, the POTUS has said Hollywood could benefit by 'making sure everyone’s story is told'. 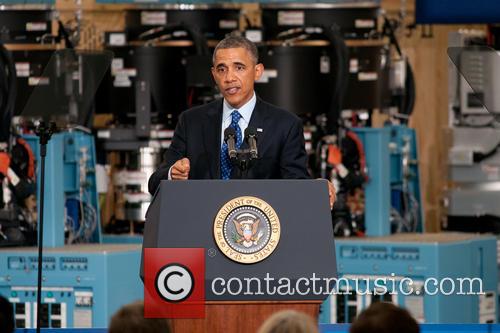 Speaking to reporters at the White House, Obama described the outrage as “just an expression of this broader issue”, The Guardian reports. “I think that California is an example of the incredible diversity of this country. That’s a strength,” he said.

“And I think the Oscar debate is really just an expression of this broader issue. Are we making sure that everybody is getting a fair shot?” he added.

Hillary Clinton, who is vying for this year’s Democratic nomination, has also spoken on the issue, supporting proposed changes to membership rules by the Academy. “I think it is overdue, but the Academy announced that they are going to be making some changes, as they should,” she told Aol.com.

But Clinton isn't the only Presidential hopeful to weigh in. Speaking on 'Fox and Friends' last week, Republican hopeful Donald Trump gave his views after Al Sharpton spoke out against this year’s all-white nominations.

More: The Academy Awards Boycott: Both Sides Of The Debate

"Well, I think it's a tough situation," Trump said. ”I think it's really sad. And Al (Sharpton) is just a guy who wants to get publicity for himself. And I understand him very well.”

"I saw somebody on your show today say, 'What do we do with BET, Black Entertainment, right?'" Trump added, referencing Stacey Dash’s interview earlier on the show. "The whites don't get any nominations. And I thought it was an amazing interview, actually. I've never even thought of it from that standpoint."