The former President quoted Nelson Mandela in the wake of the violence.

Following the tragic outbreak of violence in Charlottesville, Virginia between white supremecists and counter-protestors which left one person dead, Barack Obama has spoken out with an important quote from one of the world's greatest leaders - and it's become one of the most liked Tweets in history. 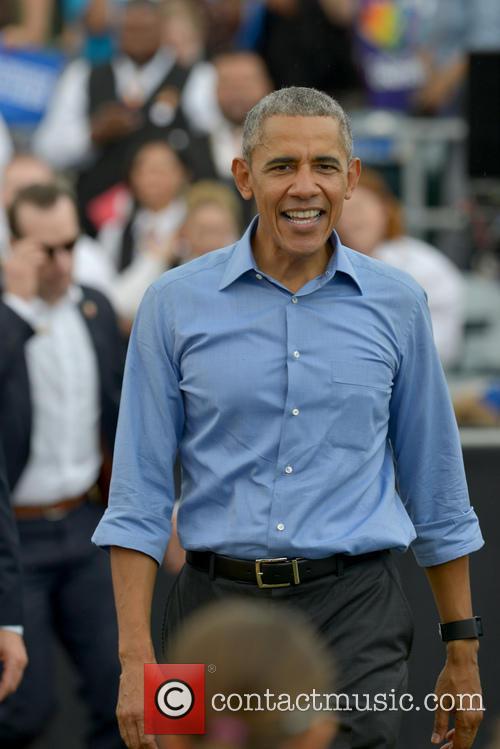 Barack Obama at the Kissimmee Rally

The former President of the United States used an inspirational quote from the late South African president Nelson Mandela, expressing that hatred for another race is far from an innate emotion. The initial post has already receive 1 million re-Tweets and 3.4 million likes.

'No one is born hating another person because of the color of his skin or his background or his religion', he wrote, alongside a photograph of himself smiling through a window at a group of multi-racial children. 'People must learn to hate, and if they can learn to hate, they can be taught to love. For love comes more naturally to the human heart than its opposite.'

"No one is born hating another person because of the color of his skin or his background or his religion..." pic.twitter.com/InZ58zkoAm

Neo-Nazi marches are, unfortunately, not massively uncommon in the states, but things don't usually take such a deadly turn. Over the weekend, however, a person who was protesting against the white supremicist message was run over by a car and killed. Two police officers were also killed when their helicopter crashed while they were monitoring the riot.

Of course, current President Donald Trump also took to Twitter to address the situation, and while many might think of him as having questionable right-wing ideas, he used his power to condemn the shocking actions of the people involved.

'We ALL must be united & condemn all that hate stands for', he said. 'There is no place for this kind of violence in America. Lets come together as one!'

Many condemned Obama's Tweets as being an endorsement of the counter-protestors' actions, despite them also being responsible for the violence that occurred. They compared his message to Trump's condemnation of all the violence that took place from both sides.