Review of Ask Me This Album by Alcoholic Faith Mission

According to Alcoholic Faith Mission's bio, when recording their first album back in 2006, 'the only light source could be that of candles' and they only recorded at night. This nocturnal ritual has evidently streamed its way into the overall feel of their sound. There are some darker parts that buzz with curiosity. The video to their track 'Legacy' from their 2011 EP 'And the Running with Insanity' has summed this statement up perfectly. A young girls' pet mouse dies and she researches the funerals of different religions and traditions to give to her beloved pet. It's an eye opener and reflects the Danish six-piece's constant search for discovery and invention in their music. The EP was probably a bit of a stopgap, if you like, and a good move, warming the listener up for 'Ask Me This.' 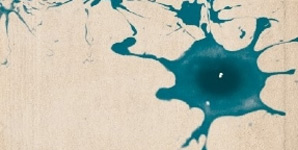 Alcoholic Faith Mission released their fourth studio album this week and it's an influential collection of polished folk, which still withholds a rough skiffle tone to it. The 35 minutes is packed with contemporary synths and different vocal arrangements. The classical sounding 'Down From Here' has a big choral opening that has been pushed through the reverb machine to sound distant and echoed yet very present within the track, involving everyone. The distinctly repetitive 'I'm not Evil' takes a much less grand approach, with some 'normal' singing in the verse and a huskier and softer interpretation in the chorus. Sleigh bells commence 'Into Pieces' for some broken down and distorted la's, ah's and na's. The clip clop of horse's hooves and the long running synths stand out against the flimsy keys.

AFM fall under this new-ish generation of indie-folk, in the company of Surjan Stevens, Bon Iver and Dry The River. It's developed folk with more to give than just a couple of guitars and a straw hat. The music's got a bite to it that ravishes the full record. This so-called 'bite' is the combination of many things. It's just the whole charisma surrounding the band and the new elements that they subconsciously bring to enhance their appeal. The modern synths fit nicely with rustic folk, giving it a darker environment to wallow in. 'Alaska' has a throbbing pattern of high-pitched electronics with the equally high tones of the words, 'It's the thought of letting go.' 'Reconstruct My love' contains a very picky riff that is so sharp on the acoustic strings that it sounds uncomfortable.

This record is a very far cry from their debut, 'Misery Loves Company.' They've developed themselves from a timid acoustic band to a much more fascinating outfit with a hefty load of charm. With a hectic tour schedule across the US this spring and previous involvement at SXSW, hopefully they'll start getting some strong recognition soon on their mission.

Alcoholic Faith Mission - Ask Me This