Zelienople - The World Is A House On Fire Album Review

Often, the most affecting music is by no means what it is perceived to be. Sigur Ros, for example, were only really a 'post-rock' band for the final ten minutes of their landmark ( ) album, whilst Scott Walker's Tilt and Talk Talk's Spirit Of Eden were not the absolute side-steps into a brave new direction that revisionists would have you believe; listen to 'The Electrician' or 'Happiness Is Easy' respectively should proof be required. 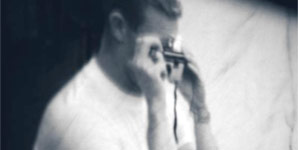 Similarly, Zelienople been given a tag of being a 'drone' band, but at least on their latest full-length The World Is A House On Fire nothing could be further from the truth. Sure, there are ebbing pools of ambience and guitars drifting ever deeper into space, but to describe the majestic orchestration of the Chicago, Illinois-based collective as a drone seems almost heretic.

Some have taken to aligning The World Is A House On Fire with the aforementioned Talk Talk's closing piece 'Laughing Stock', and interestingly the band have contributed a cover of 'The Rainbow' from said album for a future retrospective compilation, though whilst both contain certain elements of more than a passing similarity; those pulsing basslines and cool jazz drums dragged through wind-tunnels, a more accurate comparison is early My Morning Jacket, after dusk sets on their desert cruise, the car runs out of gas and paranoia and starvation slowly sets in. Throughout there are undeniable traces of America, however obscured they may be.

Opener 'The Southern' sets the tone, each layer blurred, distorted or diffused. Yawning organs set an eerie background for Matt Christensen's equally retreating vocals as bass-lines are plucked like creaking floorboards in a house swarming with ghosts and memories. Above it all percussion drifts past like bags of polystyrene kicked around an empty warehouse at 3am - if you've been there you'll know.

Slowcore also is a much more relevant categorisation for 'The World Is A House On Fire'. The fading feedback of 'Colored', as it gives way to gentle strums and the albums' clearest refrain of "Enough, enough, it's all I can take for now" sits comfortably alongside Codeine's 'Loss Leader' and Red House Painters' deb£t couplet.

One criticism is that although Zelienople have a palette perfect for the imagery they create they are over-reliant on the same strokes. Outside of the eastern mysticism of 'Island Machine' there are very few evolutions in terms of tone, velocity or volume, and even here Christensen's vocals rest at the same level. Of course it is a double-edged sword; long time comparisons Bark Psychosis often forsook the genuine beauty attained on 'The World Is A House On Fire' for far-reaching explorations, many of which gained disappointing results.

What is for sure is that Zelienople's latest full-length is a glorious piece of hushed understatement that sets out a marker in a musical landscape of quicksand. Not many albums released this year will resonate in such a way, and few have in any other.

Zelienople - The World Is A House On Fire