Wire's career started with a remarkable three year purple patch. It's not just that 1977's Pink Flag, 1978's Chairs Missing and 1979's 154 were great albums; they were also remarkably different albums. Pink Flag was a tense, tightly coiled punk record; Chairs Missing was slower, darker, deeper; the rambling, diverse 154 sounded almost gothic. Each record saw them master a particular sound, but not once did they stand around to admire their handiwork. They were too busy trying something new. In the circumstances, it's mildly disappointing that Red Barked Tree isn't a dubstep album or an exploration of recent hip-hip sounds. Instead it's an accomplished refinement of many of their pre-existing ideas and interests which should appeal to long-standing fans and anybody with an interest in off-kilter guitar music. 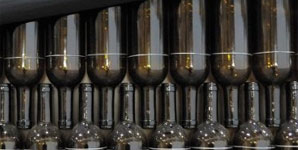 The band's interest in texture is apparent throughout. They still want to paint intriguing landscapes using unusual colours and techniques; many of the songs here feature them wringing subtly strange sounds from their instruments. These sounds aren't used in quite the way they might once have been, however. Their songs now consistently possess as gracefulness and refinement which wasn't often a feature of their earlier work: the confrontational, alienating streak which ran through classic work like 'Reuters' and 'Practice Makes Perfect' is gone. Songs such as the title track and 'Adapt' unfold at a leisurely pace, giving the listener time to soak up the atmosphere created by Colin Newman's increasingly languid guitar playing.

There are feints in different directions. 'Two Minutes' is a scuzzy, snotty punk blast which wouldn't sound out of place on Pink Flag, were it not for some distinctly ridiculous lyrics ('A dirty cartoon duck covers the village in shit/possibly signalling the end of western civilisation'). 'Please Take' bears a passing similarity to 154's 'Blessed State', and the gloomy, portentous 'Down To This' owes a debt to that album's colder moments. The impression left by most of Red Barked Tree, however, is of a band comfortable with themselves and their sound, gently playing around with the aesthetic they have developed, and occasionally coming across new ways of developing it. It's a subtle, interesting experience for band and listener alike. 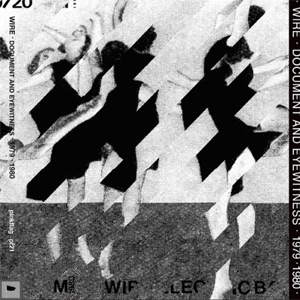