White Noise Sound have been operating under the radar from their native Wales for quite some time now with a series of low-key releases and featuring on a number of underground compilations. All that is set to change now legendary US label Alive have picked them up and released their eponymous debut White Noise Sound. 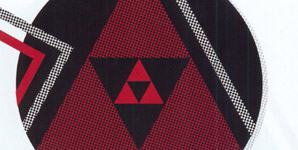 The album kicks off with Sunset, an imposing piece of music central to their live set of monumental MBV-esque 'wall of sound' proportions. It is faithfully reproduced here pulsing and droning, coming on like the bastard offspring of Spacemen 3's Revolution with riffing guitars and hypnotic bass. The Spacemen 3 influence is evident throughout which comes as no surprise as Pete 'Sonic Boom' Kember has a hand in proceedings as has Cian Ciaran of Super Furry Animals. This is evident on their most accessible track and possible album highlight 'Blood' which blasts its way through the set like a rock 'n' roll juggernaut. It's not all feedback, noise and distortion though as understated highlight 'There Is No Tomorrow' combines mellow electronic soundscapes which wash over with an almost 'shoegaze' influence.

With White Noise Sound, WNS have not only made a bold statement but have upped their game considerably putting themselves forward as serious contenders in the forefront of UK psychedelia. 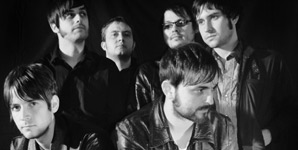