Review of Hurley Album by Weezer

Formed all the way back in 1992, Weezer have released 8 albums, 6 EPs, and sold over 9 million records in the US alone. Multi-platinum and Grammy award winning, Weezer are the epitome of a hugely successful US rock band after the likes of Nirvana and Guns n Roses in the 90s. Now releasing their 8th offering, Hurley, they are sure to continue their stream of success. 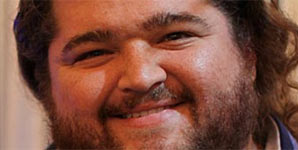 Naming an album after a character from hit TV show Lost may seem quite strange but there is nothing obscure about this LP. High-energy and constantly buzzing, Hurley is a loud and heavy record that brings Weezer back to their roots after 15 years. The album kicks off in great fashion with the heavy rock anthem Memories, a fast paced and high tempo track that sounds very new-Green Day with buzzing guitar riffs. The album continues in this tradition with the pop punk Ruling me which not only would sound amazing live but also allows Rivers Cuomo to show off his vocals, and Where's my Sex?, a quirky and flirtatious electro-rock track that must, if there is any justice in the world, be a single off this LP. Stating 'I can't go out without my sex, it's cold outside and my toes get wet', you can tell these guys are seeking to make both a grungy and fun album.

The various influences behind this LP are obvious. The guys go electro on this LP with Brave New World, a heavy track that has a nice subtle reference to Aquarius from the musical Hair. The influences span from a Sum 41 refrain in Where's my sex? (which quite honestly ruins the song), to allusions towards a Beach Boys raw 60s sound on tracks such as Time Flies and the acoustic ballad Unspoken. Whilst Unspoken is a nice change to the pace of the album, sadly, Cuomo's vocals come across quite grating and therefore place a hindrance upon the track. There may be influences abound, but there is no denying, however, that Weezer become nostalgic and return to their original sound that made them huge in the first place. Hang on and Smart Girls are both fun and catchy power-pop tracks; the latter also having a great guitar solo that is a highlight of the whole LP.

The album does fall short in only the fact that some tracks simply fade away in the background. Trainwrecks, whilst beautifully crafted is a bit bland whilst Run Away screams out filler as it lacks the originality that all the other tracks on the LP possess. Similarly, the bonus tracks seem pointless, and therefore proving exactly why they are just bonus tracks. Insects is a silly track made purely for die-hard fans and I want to be Something sounds like a rough cut demo. Only Represent, the unofficial track for the USA in the World Cup 2010, is a great addition and ends the album perfectly.

Whilst there may be tracks that could've been prevented from making the final cut, one cannot criticise this album too badly. After 18 years, it is obvious these guys still have what it takes to create an anthemic and powerful LP that will propel Weezer back into commercial success. It is obvious why they used Hurley from Lost as the face for this album; he is fun, reliant, powerful and most importantly, stable - very much like this record.