Review of In Spades Album by The Afghan Whigs

For a band that have often spent their career acting as a cipher for exorcising singer Greg Dulli's personal demons, The Afghan Whigs' eighth album In Spades seems to spend a heck of a lot of time courting metaphysical ones, invocations that range from Christopher Friedman's oddly Lovecraftian sleeve art to arcane song titles such as The Spell, Demon In Profile and Arabian Heights. 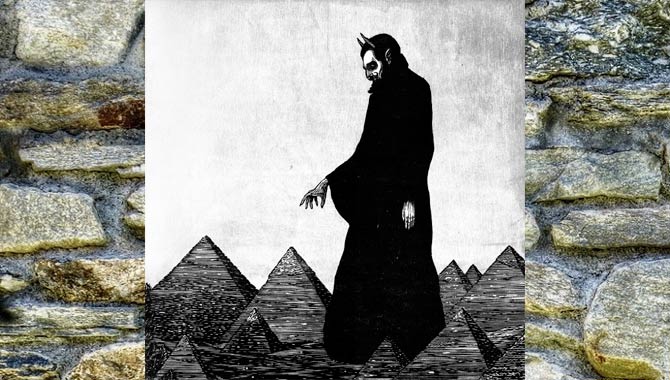 Reformed in 2014 after a thirteen year hiatus, the Whigs status as an alt.rock institution - one cemented on the major label trilogy Black Love, Gentleman and 1965 in the 1990's - has ostensibly clicked back into place without effort, a been-round-the-block cred which their initial post comeback release Do The Beast seeded cautiously.

This time around Dulli's writing he concedes has been heavily influenced by 2016's hero genocide, a KIA list including the iconic David Bowie but most specifically Prince, an unlikely kindred spirit the band's creative epicentre revealed he's watched perform many times. In Spades brims with the energy this sort of grief-by-proxy can unlock, opener Birdland obviously name checking the iconic jazz hangout but also more obliquely the neighbourhood in Ross, Ohio of Dulli's childhood. The experience itself in fact is remarkably un-Whigs like, a stack of mellotrons and choral backing stabbing gently, the whole thing supposedly created in an hour but sounding like the culmination of years of repressing everything.

(In)famously of course this is not an outfit who're used to not loosening up; Arabian Nights sees them back in the familiar psycho-sexual territory of the 1965 era, an insistent, muddy funk garnished with provocative lines such as "You say you're ready/If I'm an animal/Let's get a room real soon/We'll call it supernatural". It's a swagger and welcome griminess of mood that long timers will be delighted with and on Copernicus the familiar cracked soul which benchmarked their greatest appropriations combines with misty-eyed, grown up rock and roll, a bouquet of wisdom and resignation all under one groove.

Life means experience and having seen and felt so much turmoil recently, the randomness of selection perhaps inevitably echoes amongst the arcane words and imagery. The fatalism of Oriole; "Light the candle/Lock the door, too/Draw the circle/I'll fall into you" with a by-line wink to Cleromancy runs a finger down the knife edges of luck, it's melancholic strings a requiem. Whilst kismet is a fickle mistress, occasionally it needs to be confronted head on: here Dulli archly explores it's brazen disregard on I Got Lost, a song about long-time collaborator Dave Rosser, diagnosed with inoperable cancer of the colon. On it the singer dismisses the grim reaper with "Maybe you think that you're better than me", the grandstanding piano he leans against underpinning a psychedelic country epic that any of its potential subjects, young or old, are mightily deserving of.

We are perhaps in uncharted territory here for a group who are such a mass of distorted idiosyncrasies, the sort of place acts like The National have long since claimed, but In Spades is far from an attempt to jump someone else's bus. Dulli himself singles out Toy Automatic as it's definitive moment, a creative experience he describes cheerily on which "...I was almost exploding". Like the wider host, it's brief but emblematic of a collective equally happy at a Ouija board or a mixing desk, with the people who light up their world, whether still with us or not all represented here. On an album of closing chapters and opening doors the resurrected Afghan Whigs may still love to perpetually walk in the shadow, but they know that payback old friends, is a bitch.