To place a critical analysis of an album made by a Tokyo based artist in the context of the earthquake and resulting tsunami that hit Japan on the 11th of March this year may seem like an obvious, not to mention insensitive, angle to take, however considering Takahiro Kido's 'Fairy Tale' it is one that is almost unavoidable. Kido, the owner of Ricco Label, member of a wealth of genre-defying bands such as Anoice, Rilf and Mokyow and a respected solo musician in his own right, was one of the first from his homeland to offer music in the wake of the tragedy; the fantastic, and free, 'Hope' compilation that was not made available as a reaction to the disaster that claimed over 15,000 lives, but as a meditation on it. In true Japanese style it had a silent dignity and restraint, and yet it was also strikingly intimate; a selection of songs from his back catalogue that perfectly illustrated personal reflections of the incident. 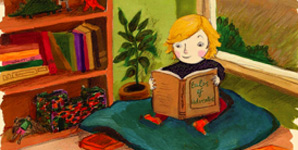 'Fairy Tale' is the label's first offering since the events of the 11th of March, and it shares this intimacy. How much of the writing and recording process fell before and after it is not apparent, yet it is easy to see 'Fairy Tale' in this context, insofar as the atypical openness offered by both into a country typically seen as reserved and retreating, at least by those in the west.

Either way, 'Fairy Tale' is not only Takahiro's strongest release to date but one wrought with a gambit of emotions that far exceed the usual instrumental fodder; emotions that are at times both foreign and all too familiar. It sees him move further from the distant ambience of his earliest releases into a haze of electronica, neo-classical and post-rock that has almost become a signature sound of Japan, bearing similar hallmarks to the work of Worlds End Girlfriend, Motoro Faam, Aus, No.9 and countless others, whilst finding itself rooted in the contemplative compositions of Ryuichi Sakamoto.

Takahiro Kido is a master of finding the right balance between human emotion and technical perfection, ensuring his pieces have structure but do not suffer from the obtuse rigidity that many fellow artists of a similar ilk suffer from. 'Oranges and Lemons' blossoms from a sparse piano movement into a music-box waltz, with strings pirouetting behind it. It is reminiscent of Sigur Rós circa-Takk, rewritten for the score of an animated brothers Grimm story rather than a nature documentary.

Opener 'Prolouge' brings to mind Sigur Rós's country-mates Múm with its hushed, fractured beats whilst 'Lets Go Crazy!' erupts into a psychedelic landscape that wouldn't sound too far out of place in the hands of Mercury Rev or The Flaming Lips. All of which gives way to 'The Three-Day Blow', originally an Anoice track completely re-imagined as the finale of 'Fairy Tale'. It is perhaps one of the most beautiful 'classical' pieces written this side of Henryk Gorecki, as well as the albums most expansive moment. Unfortunately, its beauty is presence in a stark simplicity that cannot be accurately summarised in words, as it slowly evolves from a snaking violin solo into a climax that transcends the typical post-rock quiet/loud schematic.

As Worlds End Girlfriend has before him with last years' 'Seven Idiots' here Takahiro Kido has released an album that fully realises his potential and incorporates the elements of an illustrious back-catalogue into something much more immediate and enjoyable.