Review of Mood Swings Album by Stig Of The Dump

If you were going to take a name on to become a rapper would you really call yourself Stig Of The Dump? Really would you? 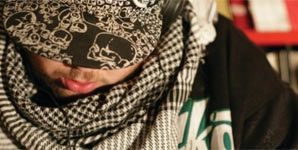 We kick off with what can only be described as an attempt at stand-up comedy, although it's a little unclear who the comedian is. 'I Got Game' is the first taste of Stig's actual music and his style, it's pretty straight up rap really - it's not exactly a radio friendly track, there would be a serious lack of vocal content if a radio edit of this track was made. It seems that maybe SOTD wasn't taught his P's and Q's but definitely knows his F bombs. One of the highlights of the album is 'Give It Up' which shows slight potential with a few sounds not too dissimilar to The Gorillaz but it is only potential.

Unfortunately for the listener 'Mood Swings' offers very little in comparison to what else currently available on the British hip hop scene - with the exception of the stand-up that really has no place on this record. 'U Want Some' starts off with some potential but then it is all back to how many times can you fit the word F**k in one song.

Stig Of The Dump - Mood Swings 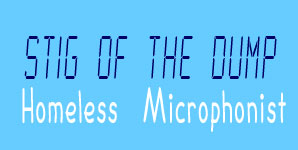 Stig Of The Dump - Homeless Microphonist