Savages arrived with Silence Yourself in 2013 and with that one of the most critically acclaimed debut albums of the year. It was concise and professional in its scope, presentation and manifesto which translated well into their now infamous live shows. They're post-punk aesthetic and urgency, however electric it came across, seemed to imply that Savages may have been one of those bands which would become obsolete and soon forgotten due to a genre which unfortunately appears dated in public consciousness. Their closely kept influences such as Joy Division, PJ Harvey, Faust, The Cure and most obviously Siouxsie and the Banshees also bringing in the risk of being taken less seriously as a band in their own right. And in contrast to that, their manifesto was something that although bold and brave for a newly noteworthy band, had the potential to place them as a group who took themselves way too seriously for their own good. 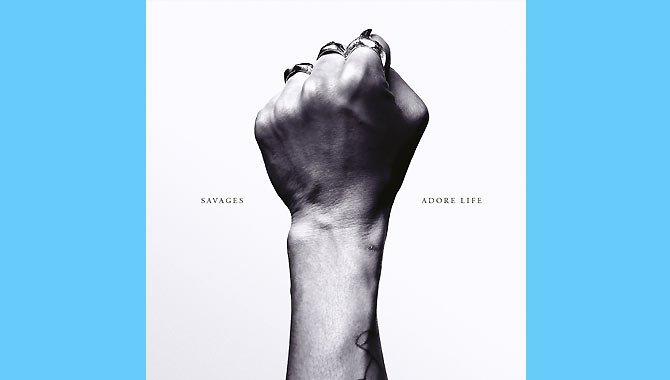 Adore Life sees Savages separating themselves from their initial political ideology to some extent and also as an attempt to distinguish themselves from their major influences, two attributes which could have easily led them into self-parody. Jehnny Beth (formerly known as Camille Berthomier) decides on this album to explore love and life with relentless grandiose. Savages remain as uncompromising as they have ever been, however with their latest album there is a soulfulness within the madness and obsessive nature of love and the nature of insanity, which ultimately results in a celebratory record of solidarity for those within this struggle.

Album opener 'The Answer' instantly makes you ponder how punk ever declined in popularity. The serrated guitars, the flailing percussion and soaring vocals of possessiveness and desire combine together to create an onslaught of desire and fiery passion. 'If you don't love me/Don't love anybody' Beth croons, showing that exploring love musically doesn't have to be whitewashed and cliched. Within 'Adore Life' it's restless and powerful, it's primal.

If anything, Savages seem to have taken an influence from Michael Gira and his band Swans, most particularly with 'Adore', a surprise change of pace for Savages in which there is minimal tension strung throughout the track with poise while Beth wonders 'Is it human to adore life?', ending with a rapturous climax that is nothing short of breathtaking.

Adore Life is a remarkable return from one of London's most exciting bands, and it's fantastic to see that Savages have achieved in breaking out of the incredibly claustrophobic box they initially presented themselves within. The serious tone of the first album is still there but translates beautifully into themes of love and survival, it's evocative and at points transcendental. This is the sound of a band whose greater years will always be just in front of them, and it's going to be an incredible ride. 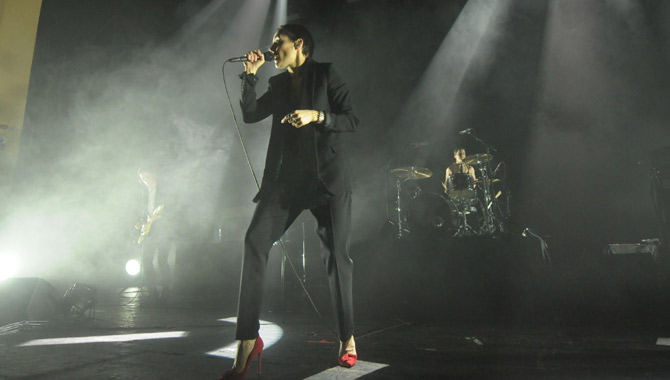