There's an unresolved tension at the heart of A Swedish Love Story, the new EP by talented multi-instrumentalist and sometime Arcade Fire collaborator Owen Pallett. On the one hand, Pallett seems interested in writing songs with many of the hallmarks of conventional pop music. The four tracks on show here contain some memorable melodies, are composed from a few simple elements, and are for the most part unabashedly upbeat. Pallett is an indie kid at heart, though, and it shows. It shows in the title of the EP, which is named after an old Swedish film inspired by Czech new-wave cinema. It shows in the content of the lyrics, which address such well-worn pop cliches as, um, determinism and the possibility that all human actions are a result of external causes ('The future is a constant/In the world of free will'). It also shows in his employment of long, rambling song structures and rejection of verse/chorus/verse dynamics. The result of this is four slightly disappointing hybrids, pop songs disguised as indie songs and indie songs pretending to be pop songs, stripped of the best features of both. 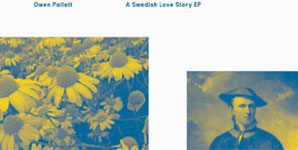 By Dom Gourlay in Music Reviews on 04 January 2010 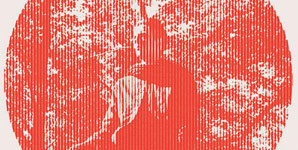