After shedding his Marigolds, Keelan Cunningham is ready for a clean start as Keelan X

Former Marigolds band member Keelan Cunningham has rediscovered his love of music with his new solo project Keelan X. Keelan, still honing his own sound, but very much embracing a "band vibe", says that - "Over the years, I’ve had a conflicting relationship with music, a kind of on/off love affair. I find it deeply engrossing and intoxicating...it’s a bit of a Pandora's box for me." In November last year Keelan released his debut solo single - 'No Fall Of Rome' and in April this year he followed that up with his second - 'These Days'. Two more singles are imminent as Keelan X works towards his debut solo album, "collaborating with other artists/producers". Cunningham says - "I just love being in the studio as you’re totally in flow state...I’m really loving writing songs again". Talking to Claire Young for HotPress magazine, Keelan also said that - "I’m not coming at this as a youngster writing about finding my place in the world but as an adult having been through a few scrapes in life and taking a good look at myself and life as I see it". Keelan took some time out to tell us a little more. 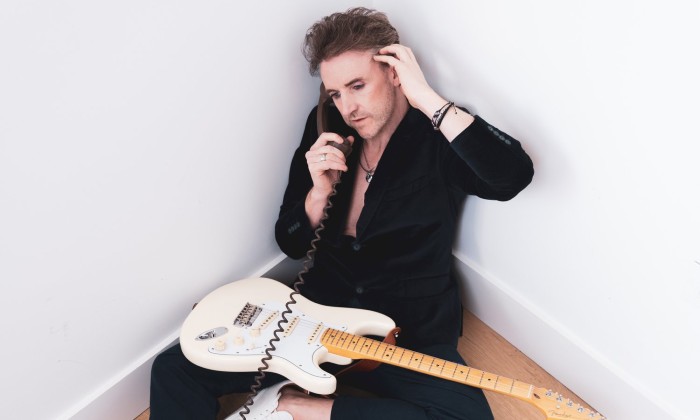 My sound is evolving still. ‘These Days’ is a lot different to my first single, 'No Fall of Rome'. I’m getting closer to how I want the songs to sound in terms of production. I’ve introduced early snyth and keyboard sounds...especially your Junos, Jupiter-8s etc., much more upfront in my sound. I suppose you could call it indie-pop-rock or alt-pop with a splash of synthwave.

As an independent/unsigned artist you’ve a lot of ground to cover (sonic production, social media, videos, photos, graphics etc) to get your music out there so I guess you could say it’s a challenge but mostly it’s fun work to be honest. The not-so-easy part is finding people who share your vision and standards and get what you’re trying to achieve as an artist. Other than that… it’s a challenge getting the national radio stations to play the songs.

If you have conviction, vision and talent to back it up you’ll make a name for yourself. It’s inevitable. 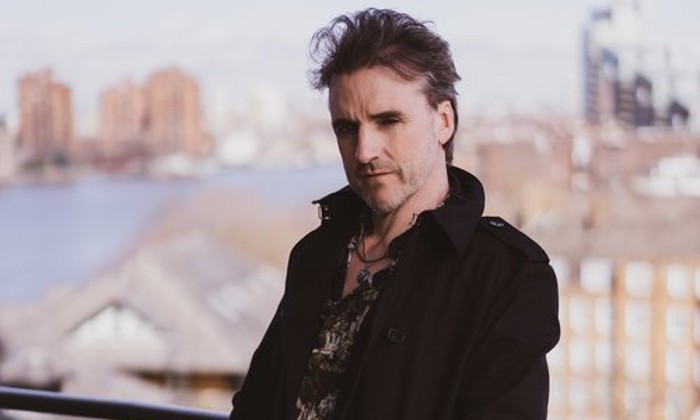 It’s vital to stay true to your creative vision. As an independent artist you can do [pretty much anything] since you’re not beholden to some record company so that’s a plus. Musically, there’s loads of instrumentation and VST plugins available to indulge so production-wise you really need to know the vibe you’re going for before you start getting into the nuts n’ bolts of producing a song. I think you really have to be skilled as a multi-media artist nowadays too. For me, the visuals are equally as important as the music. I’m hands-on with a lot of the design work, graphics and videos etc., myself.I’m still getting my head around the social media stuff though.

I listen to a lot of music. I carry a notebook with me everywhere and scribble in phrases and words. Sometimes they make it into a song, more often than not they don’t but it keeps the creative juices flowing. I also consume a ton load of culture… I talk to people, I observe, I read, I like to watch a lot of videos on YouTube about other bands and producers. More often than not, I write about ordinary experiences and life observations but put my own take on it.

It would have to be one of the world’s great producers – Max Martin, Giorgio Moroder, Trevor Horn etc., A good song can become a great song if it’s super well-produced.

I’m a yoga nut. When I’m not noodling in the studio and hanging out with friends n’ family you can probably find me sweating profusely on the mat in a local yoga studio.

Yes. I want to work with the best in the world at what they do – producers, engineers, musicians, videographers, designers etc. I think if I do that the rest will take care of itself.

I’d like to have my debut album finished, I’d like to be getting decent airplay and some slots on the festival circuit.

I’ll be releasing another 2 singles over the coming months and I’ll be collaborating with other artists/producers.