Just ahead of her live performance this weekend at Shynefest, WYSE talked to us about her influences and inspirations

With only a few days to go before Portsmouth based songstress and producer WYSE releases her new single, 'Belladonna', we caught up with her to find out a little more about the "powerhouse of sound". June the 10th will see singer-songwriter and multi-instrumentalist WYSE share her latest new track, and in late July she will follow that up with her second EP - 'Allusions'. When talking about her new song WYSE said that - "we tried to get the toms to sound as much like thunder as we could, experimenting with different drums, mics and post-production effects. I wanted something to emulate a lightning strike in the outbreak of guitars and the drums. Owain has a pipe that runs all the way from the live room to the control room and when he kicked it and pressed record, it had a rattling sound that for me was like lightning! It’s in the background of the recording but it adds some drama to that section I think". 'Allusions' follows on from her debut EP - 'Anomalies', which was released in October last year, and will also feature her previous single - 'Run Away'. Ahead of a busy schedule of live dates that include the Icebreaker Festival, the Railway Inn in Winchester and Shynefest with Lightning Seeds and Jesus Jones, Contact Music found out some more about WYSE. 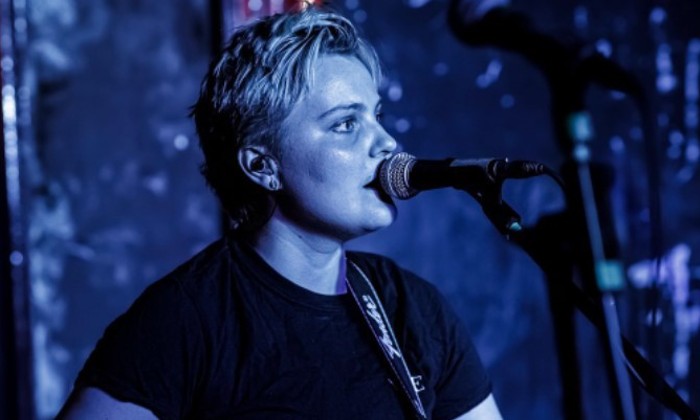 A mixture of alternative, progressive and pop. In terms of my new song 'Run Away', to me it’s where alternative music meets Jurassic Park….

Mostly getting my music into the right places for the right people who connect with it. And building up the business, creative, marketing and people skills that I need. Some of the required skills come naturally and some do not. Developing all those skills is something I have enjoyed because I love learning new things – but it’s definitely been challenging. You definitely can’t just be a musician anymore.

At every turn I learn more about how near impossible it is to carve out a career and “succeed” (by society’s standards of success.) You’d have to be mad to try……

I am incredibly lucky to be in a position where I can steer my music in a direction that makes sense to me. I want the other musicians and creatives who I work with to also feel creative when they are involved. For me, music has always felt like my way to feel free, so taking that away from me would feel debilitating.

I am generally inspired by my own life experiences and the relationships within them. In terms of musical influences, it probably started with bands and artists when I was a kid like Avril Lavigne, Green Day, Paramore, and then later bands like The Red Hot Chili Peppers, Radiohead, Awolnation and Metric.

Great question. I’d love to collaborate with Thom Yorke from Radiohead. But also, someone who is far outside of my genre would be really cool because we could make something unexpected. Like maybe Rina Sawayama. My music x hyperpop would be very interesting.

I have a form of synaesthesia where I associate words with taste – especially names! And they are seriously specific. Some make more sense, like Kurt is lemon curd and Dom is donuts, but then Bjorn is undercooked cauliflower, and Tanya is when all the toppings fall off of your pizza and you are just left with a slightly soggy, tomatoey slice of dough.

I want to earn a living from my music, and I want to have a long career as an artist. More specific, shorter term goals include going on tour with a band I love and mixing my own record.

A lot more music. Each new single I am releasing this year has a bigger and bigger sound… I’m also playing lots of shows and festivals, including London at Signature Brew in Haggerston on May the 20th, and Icebreaker Festival in Portsmouth on July the 9th.